The Water and Sanita­tion Agency (Wasa) has asked the provin­cial govern­ment to approv­e Rs52 billio­n in the next...
Published: July 21, 2010
Tweet Email 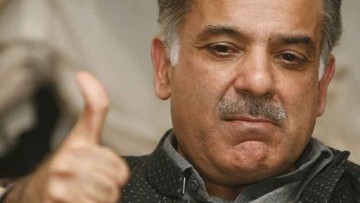 Proposes revamp of the entire sewage and drainage system

LAHORE: The Water and Sanitation Agency (Wasa) has asked the provincial government to approve Rs52 billion in the next year’s budget if it wants the agency to rid the city of the annoying water accumulation in the streets during the monsoons.

A senior Wasa official told The Express Tribune that the amount would be spent on replacing the entire sewage and drainage system of the city.

He said that Tuesday’s rain measured only 84 millimetre. It took Wasa from 20 minutes to 2.5 hours to drain the water from different areas. As a comparison he said the same level of water took the agency from 40 minutes to 4 hours last year.

The time required could be further reduced if the entire sewage and drainage system of the city is replaced, he said.

He said that while there were some budgetary constraints the government was committed to making Wasa an efficient organisation.

Iqtidar Shah, the Wasa deputy managing director (Operations), said that the agency recently conducted an extensive study in collaboration with NESPAK to figure out a solution to the issue. He said that a three-pronged strategy was devised in the study.

In the long run, the NESPAK proposed to change the entire sewage and drainage system of south and central parts of the city –the areas that always get inundated during the monsoon.

Shah said that the study proposed setting up a Reinforce Cemented Concrete (RCC) Conduce – a 16-feet-wide and 11-feet-long room, built 35 feet below the surface) and laying down 72-inches pipes that would be linked to the main drains.

The medium term strategy involved separation of sewage and drainage lines. Other important targets in the medium run included introduction of modern machinery for de-silting operations and capacity enhancement of the Wasa officials.

The Wasa-NESPAK study identified 30 critical spots that got flooded every monsoon. The short term strategy was to focus on these spots and reduce the time required to drain the water.

“The city continued to widen its boundaries as the population increased without proper planning,” he said.

He said that commercialisation of residential areas was another factor. “The existing sewage and drainage system of the city is not at par with the changes that have come about in its infrastructure during the last two decades,” he added.

He said that Lahore had a flat topography with a mild southwestern slope towards the Ravi River. The drainage system, he said, was however directed towards the north, against the natural slope.