Dr Arshad who was killed in a covert raid on a milita­nt hideou­t was respon­sible for the imamba­rgha blast.
By Owais Jafri
Published: November 14, 2011
Tweet Email 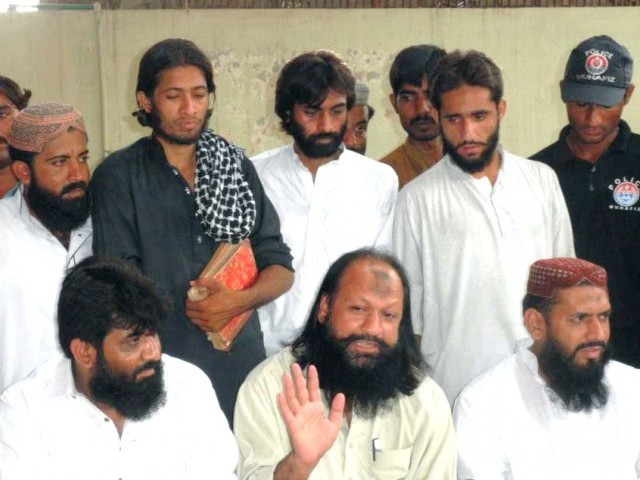 MULTAN: Security forces have discovered that Lashkar-e-Jhangvi (LeJ) leader Dr Arshad, who was killed in a covert raid on a militant hideout in Jhelum on November 12, was responsible for the imambargha blast in Multan.

The bomb blast in Multan had injured 10 people, however no one was killed. After the blast, police had arrested many people from Mandi Bahauddin and had found out clues linking Dr Arshad to the blast in Multan.

Security forces have currently shifted all the arrested terrorists to unknown places and are conducting raids in southern Punjab. During one of the raids, police also recovered 2000kg of explosives.

The security forces are planning to raid different madrassahs that are found to be having links with terrorists.

As reported earlier, Dr Arshad, a known entity to law enforcement officials, led a group of LeJ militants. He was accused of killing eight Ahmadis in Mong, a village near Mandi Bahauddin. There was also a case against him for using a rocket launcher against Shahtaj Sugar Mills, as well as attacking local elected officials, said sources in intelligence agencies.

Dr Arshad was wanted by the police in at least 10 cases of terrorism.