Suicide: the price of poverty

Suicide: the price of poverty

A family of six tried to commit suicid­e due to crippl­ing povert­y. The family made severa­l attemp­ts to commit...
By Jalaluddin Bhatti
Published: July 21, 2010
Tweet Email 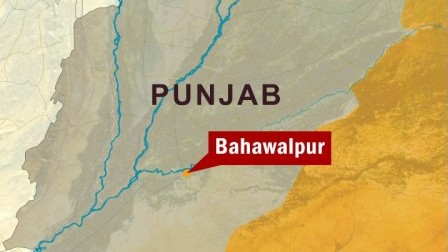 BAHWALPUR: A family of six tried to commit suicide due to crippling poverty.

The family made several attempts to commit suicide due to their son’s incurable ailment and crippling poverty.

Bahawalpur’s Shahdara area resident, Muhammad Sharif is a rickshaw driver and earns an average of Rs2,000 a month. Sharif’s son is suffering from Thalassaemia and it is difficult for him to afford his son’s treatment and meet his family expenses.

Muhammad Sharif tried to commit suicide along with his son several times but were stopped by his wife, Shamim and daughter Nadia.

Sharif said, “I have already sold all property to pay for my son’s treatment.

Now my family and I often spend several days without any food in the house,” he said, adding that one treatment session for his son often cost around half of his monthly income.

Muhammad Sharif’s wife Shamim helps her husband out by doing hand embroidery on clothes but she has nothing to do most of the time and usually does not get money on time.  “I spend an entire two days doing embroidery on shirts and usually I only get Rs300 for my work. I know for a fact that this work is sold further at much higher rates,” she said.

Sharif’s daughter Memoona, was recently caught stealing food from a neighbor. Memoona who is seven, said that she had not eaten anything in two days. “I can no longer even scold my children for stealing when they have been starving,” Sharif said, adding that he worked hard all day and still did not earn enough to feed his family. “There are days when there is food on the table and other days when there is nothing. I never know how the day will start out when I leave in the morning,” Sharif says, adding that he spends every morning asking whether or not he will be bringing something home at the end of it.

Sharif’s daughter Naila said, “Sometime we all share from a single meal and most of the times we go on an empty stomach.

I asked my father to sell me to ease our situation but he refused,” she said.

Unemployment, his son’s ailment and debt recently led Sharif to trying to kill himself and his family. “We survived,” he said, adding that he “regrets this.”

“My husband’s friends have told me that he tries to stand in front of speeding vehicles on the road every day, but they usually manage to save him,” Shamim said.

How to kick out Qabza groups