Hearin­g had to be moved forwar­d after witnes­ses failed to appear in court.
By Umer Farooq
Published: November 14, 2011
Tweet Email 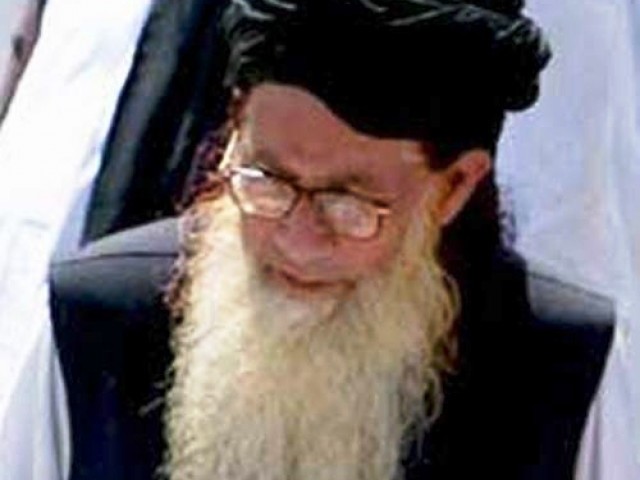 Sources say that witness could not appear before court today and the court had to announce date for another hearing. PHOTO: EXPRESS/FILE

PESHAWAR: An Anti-Terrorism Court (ATC) adjourned the hearing against Tehrik-i-Nifaz-e-Shariat-e-Mohammadi (TNSM) chief Maulana Sufi Muhammad over his alleged involvement in an attack on a police station in Kabal, on Monday. The court will not resume hearing the case on November 28.

Justice Asim Imam of the ATC presided over the hearing in Peshawar.

Apart from the said case, nine different charges were framed against the leader of the banned outfit.

The verdict in the case was expected to be announced today, but the hearing had to be moved forward after a witness failed to appear in court.

“A total of ten cases were been filed against the TNSM chief but today’s hearing was regarding the attack on Kabal police station back in 2009,” an official on the condition of anonymity told The Express Tribune.

The court ordered that all witnesses be produced before the court in the next hearing.

Sourced said that the hearing was held inside the central jail in Peshawar due to security concerns.

Sufi Muhammad’s lawyer is yet to be paid all his dues by the prosecution. Sources revealed that the court had also ordered the prosecution to pay the dues to him.