"You can buy three of our aircra­ft for one F-16" says Chaudh­ry Ahmed Mukhta­r.
By Reuters
Published: November 13, 2011
Tweet Email 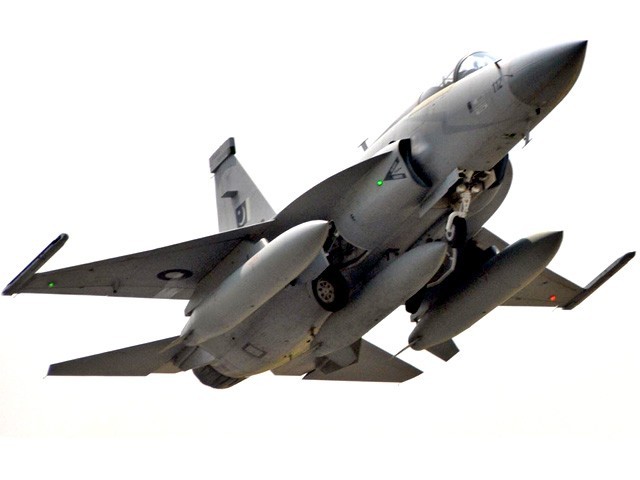 "You can buy three of our aircraft for one F-16" says Chaudhry Ahmed Mukhtar. PHOTO: EXPRESS

“You can buy three of our aircraft for one F-16,” Chaudhry Ahmed Mukhtar told Reuters at the Dubai Air Show, where the aircraft is being displayed.

He said that the producer, Pakistan Aeronautical Complex, was not able to keep pace with the requirements of the air force.

“Three squadrons are already flying the aircraft in Pakistan and one squadron in China,” he added.

Analysts expect the aircraft, which Mukhtar said was priced at $25-30 million, to be focused on emerging markets in Asia and Africa.

“Going to the (European) market is not very easy because you are cutting the profits of some other people,” Mukhtar said.

He said the development of the aircraft was not targeted at archrival India.

“India need not worry — it’s not India-specific. We are building very close relations with India.”