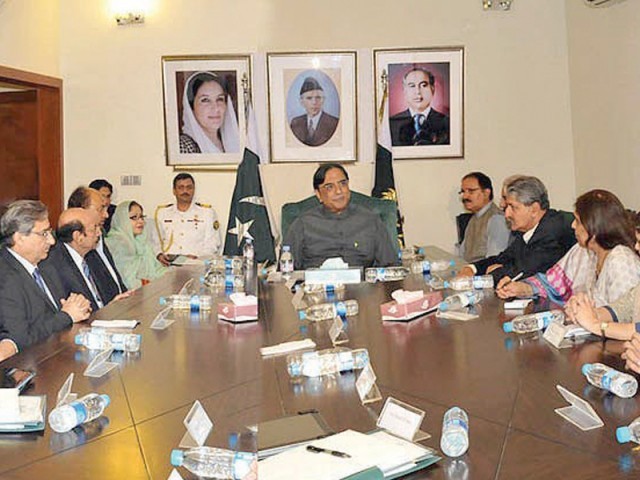 President Asif Ali Zardari has made it clear that strict action would be taken against “undisciplined” party leaders and workers.

Talking to senior leaders of PPP at Bilawal House on Saturday, the president asserted that all “inactive” office bearers of the party will be removed from their positions and platforms will be provided to young leaders of the party to take centre stage.

Sources privy to the meeting told The Express Tribune that the president made it clear that party positions will be taken back from those leaders found engaged in other government responsibilities, he said. Sources further added that the issue of reshuffling Sindh cabinet was also discussed, but the final decision has been deferred till next visit of the president.

Regarding Mirza, sources revealed that the president strictly asked party leaders to avoid contacting him. Otherwise, disciplinary action would be taken against them.

Earlier, the president had held a satellite video conference on Friday and during the meeting he inquired from PPP’s senior leader and MNA Nawab Yousuf Talpur’s about his son Taimur Talpur (MPA) contact with Mirza.

Yousuf Talpur responding to president had said that Taimur’s loyalty lay with the PPP first. PPP leadership also decided to reshuffle the leadership of Karachi division during the meeting. “The decision would be made soon, but Zardari Sahib is considering giving back Karachi division’s responsibility to Senator Faisal Raza Abidi,” sources said.