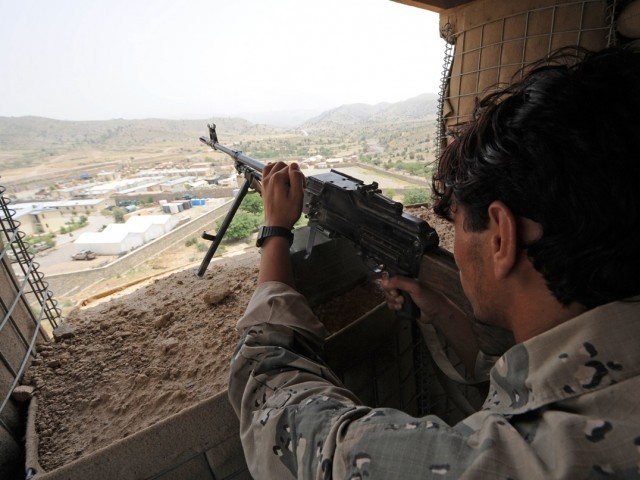 The security forces destroyed the house of a Militant Commander Sher Wali from the Lashkar-i-Islam. PHOTO: AFP/ FILE

PESHAWAR: Four members of a local peace committee were killed in a shootout with militants from the banned outfit Lashkar-e-Islam in the Akakhel Darra area of Bara, Khyber Agency on Thursday.

The clash started early morning when the militants attacked members of the peace committee.

“The militants beheaded a member of the peace committee and took his head away,” said a resident on condition of anonymity.

“The shootout continued for quite some time, as a result of which four members were killed,” a source from within the Akakhel peace committee told The Express Tribune.

Meanwhile, security forces destroyed the house of a militant commander from the Lashkar-e-Islam, Sher Wali.

“The operation took place in Arjali Nadi area of Shlobar,” confirmed an official.

A curfew was imposed in Bara for almost three years after a rise in attacks claiming lives of a number of security personnel.

Security forces subsequently launched an offensive against militants, including Lashkar-e-Islam, in the area. Hundreds of families have fled their villages and have settled at the Jalozai camp located in Nowshera.