Gilani and Singh to meet at the SAARC summit taking place in the Maldiv­es.
By Kamran Yousaf / Reuters
Published: November 10, 2011
Tweet Email 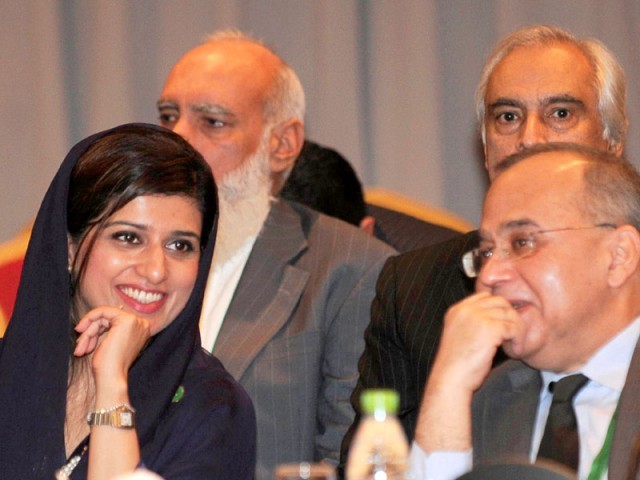 ADDU CITY, MALDIVES: The scenic setting provided a perfect backdrop for the positive note struck on Wednesday by foreign ministers of Pakistan and India ahead of a meeting between the two countries’ premiers in the picturesque Addu City, located in the southern Maldives’ atoll of Seenu.

Prime Minister Yousaf Raza Gilani and his Indian counterpart Manmohan Singh will push for stabilising the fragile peace process between the two neighbours when they meet here on Thursday (today) at the sidelines of the South Asian Association for Regional Cooperation (Saarc) summit, which kicks off the same day.

The theme of the 17th Saarc summit is “building bridges”, with the intention to improve economic and cultural ties among member countries. The meeting comes as Pakistan’s move to grant an elusive trading status to India gathers steam – delivering a shot in the arm to the hitherto elusive goal of a greater regional trading bloc.

Referring to a “very positive atmosphere” between the countries, Krishna said that the “trust deficit” with Pakistan was shrinking.

Khar also said that the environment had improved. “I can certainly say from our side that we look at this environment to have improved considerably. The trust deficit that typically existed between the two countries for many, many years has been reduced,” she said.

Both leaders also acknowledged the difficult work left to do, not least tackling the vexed subject of Kashmir. “We have many, many more miles to move ahead,” Khar said.

Before leaving Lahore for Maldives, Gilani added his voice to the recent chorus of pro-normalisation statements. The PM said his coalition government views Saarc as the ideal platform for Pakistan and India to continue their dialogue on a variety of issues.

Addressing the media at the city’s old airport, Gilani said that tension between Pakistan and India was now significantly less than it has been in the past. Previous summits of the regional body have been largely overshadowed by the India-Pakistan dynamic.

Gilani echoed recent sentiments from leaders on both sides of the border, emphasising that Pakistan and India have realised they must solve problems through dialogue and negotiation, and work together for the betterment of the region.

The PM said that he would meet five leaders during his stay in Maldives, including Manmohan Singh. The two prime ministers last met in March when Gilani accepted Singh’s invitation to watch the India-Pakistan cricket World Cup semi-final. They last held formal talks at the 2010 Saarc summit in Bhutan.

The talks also come just a week after Pakistan decided in principle to grant India the status of most favoured nation in a development that seeks to improve trade ties.

In addition, the two prime ministers are expected to discuss their differences on the Afghan endgame. Pakistan has voiced concerns over a seemingly growing Indian influence in Afghanistan.

A foreign office statement said that the PM, in his keynote address, is expected to highlight matters relating to poverty alleviation, energy cooperation, interaction in agriculture and rural development in South Asia.

(With additional input from Abdul Manan in Lahore and AFP)