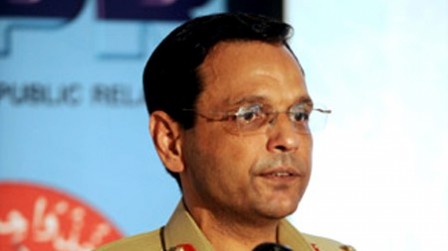 The Indian Army allegedly lodged a strong protest with the Pakistan army over recent ceasefire violations along the LoC Poonch sector, the Press Trust of India reported on Sunday.

The news agency quoted a senior army officer as saying: “We have held a flag meeting along Line of Control (LoC) at a forward post in Poonch sector and lodged a strong protest over the ceasefire violation and cross-border firing.”

The meeting was reported to have been held to protest against an incident that allegedly took place on the night between July 15 and 16.

Director General of the Inter Services Public Relations (ISPR) Major General Athar Abbas told The Express Tribune he did not have any knowledge of the flag meeting and the protest.

Cross-border firing has intensified in recent weeks, even in areas where such incidents are infrequent.

On June 21, Indian forces opened fire in the Chaprar sector in Sialkot early on Monday, killing a woman and seriously injuring a young girl. On June 20, Indian forces had alleged that two civilian porters working for the Indian army were killed and two soldiers injured in unprovoked firing by Pakistani troops along the LoC. India also alleged that Pakistani troops had fired at and killed a BDF trooper on July 5.

The allegations come in the wake of the foreign-minister level talks between Pakistan and India. Indian External Affairs Minister S M Krishna arrived in Pakistan on July 14 to hold talks with Pakistani counterpart Shah Mahmood Qureshi. Qureshi later said the Indian delegation had been ‘selective’ about the issues they chose to discuss.