Fans and haters alike have been tweeti­ng madly to expres­s their views about the 72-day-marria­ge coming to an end.
Published: November 3, 2011
Tweet Email 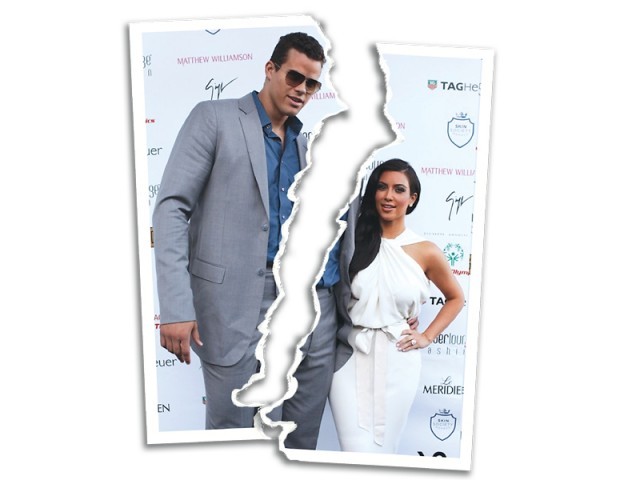 It has been a busy few days for twitteratti who took to their smartphones and laptops after it was reported that reality television star Kim Kardashian was filing for a divorce from basketball star Kris Humphries.

Fans and haters alike have been tweeting madly to express their views about the 72-day-marriage coming to an end with ninety-three per cent of online conversations on Tuesday, October 1 about the divorce posted on Twitter, according to data from social media analytics firm NetBase, reports The Washington Post Social Reader.

Ryan Seacrest, producer of “Keeping Up with the Kardashians”, stated that, “There are reports online that Kim Kardashian is filing for divorce. That is true,” Seacrest explained. “She is filing for divorce from Kris Humphries this morning. I’ve spoken to her briefly, and she is sad and got caught up in all that was going on [in the wedding]. There were rumors up until the wedding, and after the wedding a lot of rumors about it. It is true.”

Kardashian herself cites “irreconcilable differences “ as the reason for the breakup, while Humphries told People magazine, “I love my wife and am devastated to learn she filed for divorce.” Adding that, “I’m committed to this marriage and everything this covenant represents and I’m willing to do whatever it takes to make it work.”

For other topics on Twitter, take a look at the top 10 tweets of the week:

Football Sunday while your team is on a bye is like trick or treating with neighbours who only give out apples.

Forget Hollywood. It’s all about Bollywood.

Ladies let your voices be heard!

My fans are like my glasses — without them I would be blurry!

Is your glass half empty or half full?

I would be lying if I didn’t say it was very intriguing. The process of making movies is fascinating in front of the camera.

Goodmorning Tweeple! Busy day today but never too busy for a chat. Today’s topic is love.

It takes a lot of heart to be a superhero with a H.A.R.T ! Way to go [Shahrukh Khan]. Truly unbelievable.

I have the world’s best “fans”, bar none!

Berrylicious: Eat your heart out kulfi, frozen yoghurt has hit the town