History of banking in Pakistan – of humble origins and vast potential

History of banking in Pakistan – of humble origins and vast potential 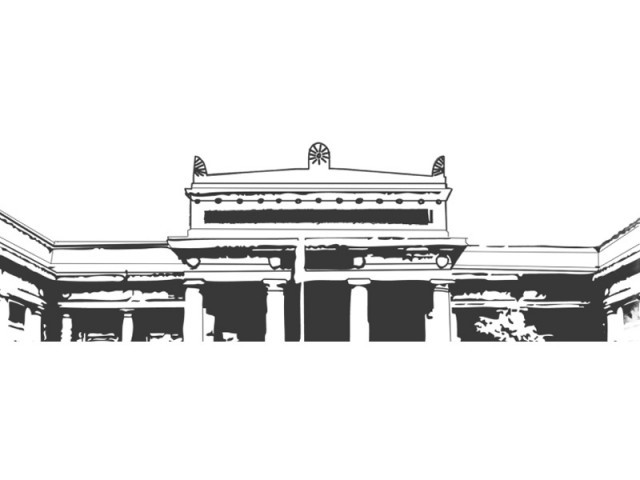 With the triggering of the Occupy Wall Street and similar protests in the developed world, the chorus of  voices protesting against the global financial system has become a cacophony. And in this moment of popular opposition, banks have come under fire for reckless lending, exorbitant payouts to CEOs and for availing massive taxpayer-funded bailouts.

But are banks in Pakistan also exhibiting symptoms of similar financial malaise caused by extensive liberalisation, as are their counterparts in the West? Not quite. Pakistan’s experience with financial liberalisation in the banking sector is vastly limited as compared to the developed world. A brief look at the history of banking in Pakistan reveals that the banking sector has made impressive achievements but still has a long way to go.

Our financial sector evolved very differently from banks in the developed world. For nearly a year after partition, Pakistan had no central bank. Habib Bank – established in 1941 – filled this gap initially, until the State Bank of Pakistan (SBP) was set up in 1948 under quasi-government ownership. The role of domestic banks was particularly limited at the time, accounting for only 25 of the total 195 bank branches in the country. Therefore, the SBP was initially mandated to develop commercial banking channels, and maintain monetary stability so trade and commerce could flourish in the newly-created state. Subsequently, Habib Bank, Allied Bank and National Bank were amongst the first to start operations with strong support from the central bank.

Commercial banking grew favourably in Pakistan until 1974. Under the nationalisation policy implemented by Zulfikar Ali Bhutto’s government, thirteen banks were brought under full government control, and consolidated into six nationalised banks. The Pakistan Banking Council was set up to monitor nationalised banks, marginalising the SBP’s role as a regulator. These measures were meant to improve lending to prioritised industries. However, while directed lending was viewed favourably at the time, little can be said of the long-term gains that have been achieved.

Over time, the financial sector grew to serve primarily large corporate business, politicians and the government.  Board of Directors and CEOs were not independently appointed. Lending decisions were not always commercially motivated, and many billions of rupees were unsurprisingly funneled out of the financial system as “bad loans”. Banks were essentially not in control of their destinies during this period.

By 1991, the Bank Nationalisation Act was amended, and 23 banks were established – of which ten were domestically licensed. Muslim Commercial Bank was privatised in 1991 and the majority ownership of Allied Bank was transferred to its management by 1993. By 1997, there were still four major state-owned banks, but they now faced competition from 21 domestic banks and 27 foreign banks. More importantly, administered interest rates were streamlined, bank-wise credit ceilings removed and a system of auctioning government securities was established, forcing the government to borrow at market determined rates.

After privatisation, transformational reforms were pushed through. The central bank’s regulatory powers were restored via amendments to the Banking Companies Ordinance (1962) and the State Bank of Pakistan Act (1956). Subsequently, corporate governance, internal controls and bank supervision was strengthened substantially. Legal impediments and delays in recovery of bad loans were streamlined in 2001. Furthermore, the scope of prudential framework set up in 1989 was enhanced, allowing banks to venture into hitherto untapped business segments. Lending to small and medium enterprise had previously been neglected, whereas consumer and mortgage finance had not developed prior to reforms.

Buoyed by the spirit of liberalisation, the sector’s landscape has changed significantly. By 2010, there were five public commercial banks,25 domestic private banks, six foreign banks and four specialised banks. There are now 9,348 bank branches spread throughout the country, catering to the needs of some 28 million deposit account-holders.

Banking in Pakistan – the long journey  ahead

Much still remains to be accomplished. In the absence of sustainable economic growth, banks will remain vulnerable to business cycle fluctuations. As recently as 2008, non-performing loans increased sharply in response to the preceding years of easy credit and risky consumer lending practices.

Moreover, strong regulation will continue to be required so as to maintain the delicate balance between industry concentration and competition. Presently, the top five banks account for about 50% of the sector, measured in terms of total advances.

Finally, the benefits of financial liberalisation must trickle down to the common man. Banks are proactively exploring new business models to make this happen – such as branchless banking. But more headway needs to be made before existing deployments – such as Tameer Bank’s Easypaisa or UBL Omni – reach a critical mass of users.

Reforms have helped banks come a long way, but unless the central bank remains autonomous, and continues to err on the side of caution, liberalisation may quickly become a bitter pill to swallow.