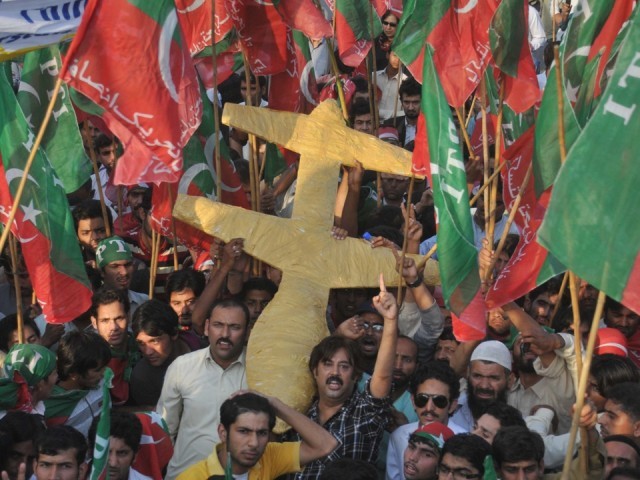 The Insaf Student Federation (ISF), the student wing of Tehreek-i-Insaf (PTI), says it expects some 7,000 students from schools in the city to join its public meeting at Minar-i-Pakistan today.

ISF activists began a campaign on Saturday going door-to-door and distributing pamphlets. “The ISF has long been asking students to wake up and raise a voice for their rights. The public meeting will be our culmination,” said ISF Information Secretary Adeel Shafi.

The Express Tribune has learnt that ISF activists also contacted hundreds of intermediate students hurt by the recent results fiasco to join their protest. The Students Action Committee (SAC), which organised protests against the boards responsible for the results, largely consisted of ISF members, said a source on the committee.

“The ISF did a lot of networking through the SAC. They have phone numbers and addresses of hundreds of students whom they are now contacting and convincing to attend the public meeting,” said the SAC member. He said that ISF activists were sending out an SMS asking students not to let the government ruin their future and to rise against corruption in the education sector.

Shafi, the ISF information secretary, said that the federation had been asking members for several months to make sure that they register as voters so they can support Imran Khan at the next general elections. “A lot of awareness has been created,” he said. “After extending our support at the rally we will also vote for change when the time comes.”