It was Begum Bhutto who dared to challe­nge when they hounde­d her husban­d Zulfik­ar Ali Bhutto.
By Wajid Shamsul Hasan
Published: October 24, 2011
Tweet Email 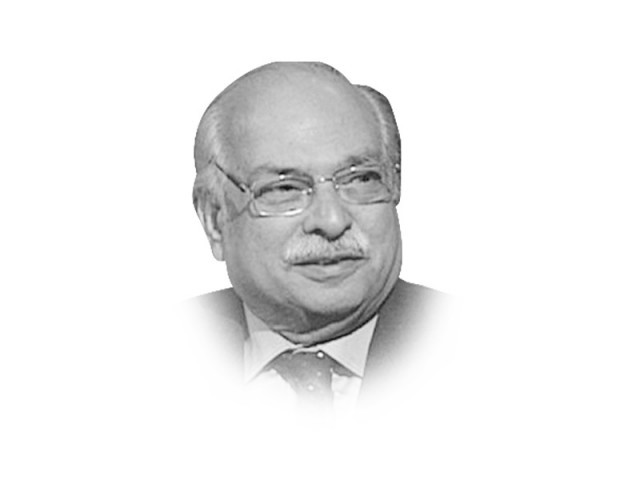 The writer is Pakistan’s high commissioner to the UK

Very few women in a nation’s history have left such an indelible imprint on sands of time as Begum Nusrat Bhutto. She lived fighting for the rights of her people and she died fighting with an incurable disease. She was one of the most outstanding, brave and courageous female leaders in the post-partition political history of the subcontinent. Indeed, likes of her are not born everyday.

Unlike many of her male counterparts who showed instant preference to surrender at the first crack of the military dictator’s whip, it was Begum Bhutto who dared to challenge when they hounded her husband Zulfikar Ali Bhutto.  And it was during one of the public protests that she was baton-charged and received a bleeding head injury that remained unattended due to denial of proper medical care leading to gradual deterioration later.

I had met her when she was wife of Pakistan’s most dynamic young foreign minister ever — ZAB. I was a young journalist and both she and ZAB took an affectionate liking for me — a family relationship that continues to this day. It was May 1976 when I was getting married to Zarina, both Bhutto Sahib and Begum Sahiba graciously accepted to grace our wedding. Unfortunately, Bhutto Sahib could not come due to a big mishap at Tarbela Dam but Begum Sahiba flew in especially to bless us. My son Zulfikaur was born in March 1977 and she named him after Bhutto Sahib — a great honour that we cherish to this day.

I saw her last on her 81st birthday (March 23) Begum Bhutto’s gaze remained stuck on the horizon. She seemed overly blank but her once beautiful mien still retained its noble grace but the lines were full of tales not only of her eventful and yet tragic life, these were also a clear manifestation of her sufferings and a catalogue of crimes and follies of undemocratic rulers that have permanently scarred the pristine face of her beloved country.

It was, indeed, a historic coincidence that in the year 1929 on March 23 Isphanis of Karachi were gifted a daughter -Nusrat Khanum – who was chosen by destiny to be the great woman behind a colossus of a man that her husband Zulfikar Ali Bhutto was and to their “dearest daughter” who was to blossom as the pride of Pakistan, Muslim world’s greatest leader.

An Iranian Kurd by origin tracing her ancestry to the legendary Islamic hero Salahuddin Ayubi – Nusrat Bhutto was endowed with an enormous store of compassion, grit, dauntless determination and courage. And her dynamism, love and care for humanity matured her into a young lady who would strive, seek and not yield at a challenging time when loads and loads of trains packed with refugees from India were pouring into Karachi in the aftermath of partition of the subcontinent. I, too, as a six-year old member of a large family led by my father late Syed Shamsul Hasan – were received by young volunteers.

Later when I saw Begum Sahiba’s picture I remembered her as one of the young members of Women’s National Guard set up by Begum Ra’ana Liaquat Ali Khan.

By rare qualities of leadership and selfless service she inspired others and strengthened young nation’s will to survive despite the odds-a fact recognised and acknowledged by both Mohtarma Fatima Jinnah and Begum Liaquat Ali Khan. Quaid, too, was proud of such Herculean services to aid the afflicted. Looking at their gigantic performance he had remarked that “no odds, no challenges, no difficulties could overawe a nation” that had youth like Nusrat in the field.

Her marriage to ZAB was also a great turning point in his life. She enabled him to harness his energies in the service of the nation to lead it onto pastures new. While he made his mark in politics, his wife stood behind him as a rock, through thick and thin–to see him travel rapidly in the realms of one success after the other. He was no doubt a gigantic leader in the making and the great woman behind him was Begum Bhutto. So was Benazir, fortunate to have her as her mother. She provided her strength to face the heaviest odds. Alas she is no more. We have been orphaned by her death. She will always live in our memory as the great lady who inspired hope in the darkest hours faced by the nation. May her soul rest in peace and Allah, the Most Compassionate bestow upon her His choicest blessings.

Sindh mourns as Begum Bhutto passes away at 82