The 200MW projec­t will help combat the water crisis in the region.
By Muhammad Sadaqat
Published: October 24, 2011
Tweet Email 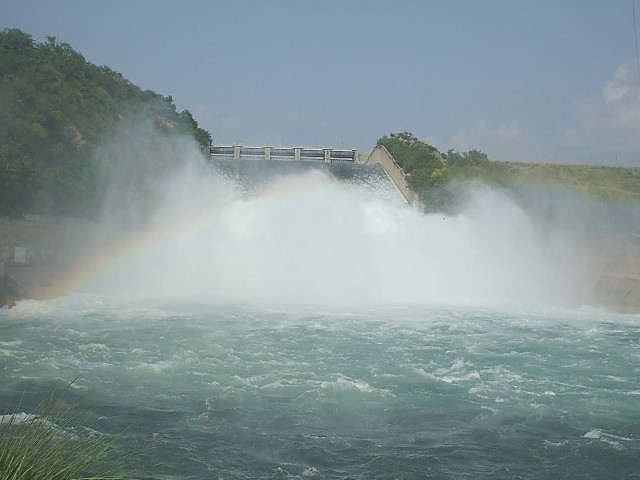 The 200MW project will help combat the water crisis in the region. PHOTO: SADAQAT

They said the Planning Commission is also preparing a feasibility report for the project, which would soon be sent to the Executive Committee of the National Economic Council for final approval and fund allocation.

The likely name of the dam will be Dotara Dam, named after Dotara village, which is 25 kilometres upstream of Khanpur Dam, near Jabri village. According to sources, nearly 100 households will be displaced due to the project.

The dam would have a storage capacity of 100,000 acre feet (AF), which would be designed on the patterns of dams in foreign countries. It will generate 200 Megawatts of electricity, and water used for generation would be discharged back into the reservoir, sources explained.

According to official documents, the dam would convert thousands of acres of barren land in Jabri village into fertile agricultural land, bringing prosperity and economic development, besides ensuring food security in the region. In addition, it would control floods in downstream areas of Khanpur Dam and ensure water storage for agricultural use.

Due to the absence of an upstream water reservoir, Khanpur Dam spills out 70,000 to 90,000 AF of water annually, mostly between July and September. It is believed that the dam would increase the amount water available for irrigation and raise the under-soil water table, sources added.

Apart from that, the Dotara Dam would also reduce silting in Khanpur Dam, the storage capacity of which has already been reduced from 94,000 AF to 82,000 AF. In addition to that, it would also extend the life span of Khanpur Dam to over 100 years.

Sources further said that protection from land erosion on both sides of Harrow River, downstream of the Khanpur spillway, will be an additional benefit.

Executive Engineer Asim Rauf, who is supervising the project, confirmed that the Planning Commission was conducting a feasibility study, for which Rs108 million were required. He added that a request has been sent to the government for this purpose.

Disease eradication: Anti-polio drive to kick off without LHWs