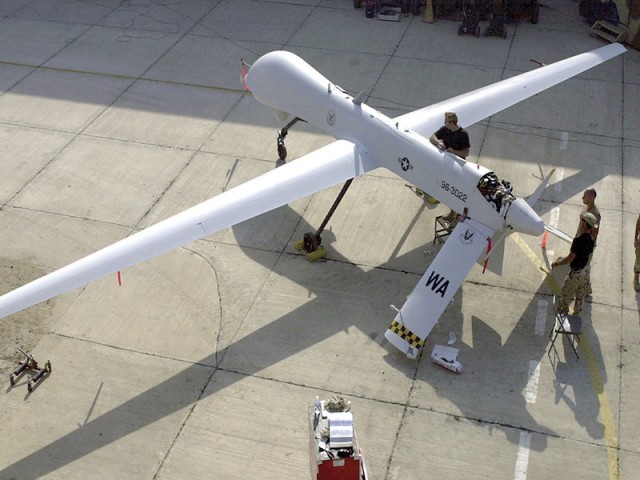 One participant will collect photographs of areas damaged in drone attacks. PHOTO: REUTERS/FILE

LAHORE: A week-long event on the impact of American drone attacks in the Federally Administered Tribal Areas of Pakistan is set to kick off in the city on Tuesday.

It will begin with an art conference in Lahore, followed by an art exhibition on Wednesday. On Thursday, a press conference will take place in Islamabad.

During his stay in Pakistan, Clark plans to collect photographs of places that have been affected in the war against terror, particularly by drone attacks, says a statement issued by Reprieve and interact with local artists from Pakistan, whereas Bernard is currently researching on “an unholy alliance between technology, war and capitalism” with a grant awarded to her by the UK Arts Council. The artists also plan to interview people from Waziristan.

The term bugsplat is used by the United States military for civilians that get killed in drone attacks and has been used in the title to highlight the damage done by the drones.