The two sides now have 120 days to meet and reach an agreem­ent.
By Shahbaz Rana
Published: October 22, 2011
Tweet Email 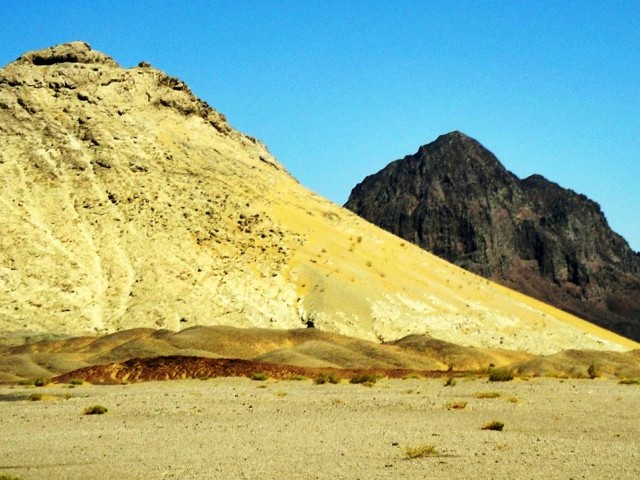 The two sides now have 120 days to meet and reach an agreement. PHOTO: ONLINE/FILE

A dispute between Balochistan government and Tethyan Copper Company (TCC) has taken an ugly turn that is likely to jeopardise $3.5 billion in foreign investment and a potential bilateral treaty between Pakistan and Canada.

TCC, a joint venture between Chile-based Antofagasta Company and Canada’s Barrick Gold Corp, seeking a mining license for Reko Diq copper and gold reserves, served a “notice of dispute” to the Balochistan government on Wednesday.

The provincial government’s attitude disappointed the company which did not have any other option but to invoke dispute resolution clauses of the Chagai Hills Exploration Joint Venture Agreement, Canadian High Commission officials told The Express Tribune.

The provincial government had raised ten objections over mining licence application submitted by the TCC and gave it a month’s deadline to respond. The company repeatedly requested for time to better understand the objections but the government refused to either give time or extend deadline to file a comprehensive response, the diplomats said.

Under the safeguard clauses of the treaty, the two sides now have 120 days to meet and reach an agreement.

High Commission officials said if both parties could not resolve the dispute, the company will have to seek a resolution through international arbitration and seek compensation.

Reuters quoted the TCC Chief Executive Tim Livesey as saying: “It is my feeling that there is a degree of confusion … and I hope we can resolve the dispute”.

The company has so far spent about $400 million in the exploration and feasibility study and would not leave so easily, the diplomats added.

According to the feasibility study of the project, there is approximately $127 billion worth gold and copper reserves – an estimate contested by the Pakistani experts who say that the real value is over $260 billon. Of the earnings, 52% would go to the federal and provincial governments in shape of taxes, royalty and other incomes while the provincial government would have 25% equity partnership without risk investment. (With additional reporting by Shehzad Baloch in Quetta)