Holding firm: ‘No bailout for PIA without restructuring’

Holding firm: ‘No bailout for PIA without restructuring’ 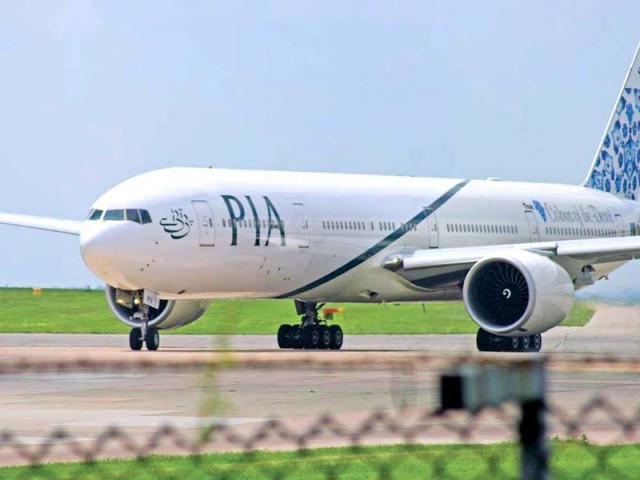 Defence ministry had requested Rs60 billion in bailouts for the ailing airline.

First the railways and now the national airline: Finance Minister Abdul Hafeez Shaikh is so far sticking to his word not to bail out state-owned companies without forcing them into painful restructuring programmes.

In the latest impasse over public-sector enterprises, the finance ministry has agreed to the defence ministry’s request for a restructuring of Rs32 billion worth of Pakistan International Airline’s debt, but has refused the request for a Rs28 billion injection of cash into the national carrier.

Shaikh’s refusal to give in on principle resulted in Thursday’s meeting of the cabinet committee on restructuring of public sector enterprises ending without a decision being made on the matter.

“It has decided that the injection of finance into the airline would be further discussed next week,” said an official handout of the finance ministry.

The defence ministry, which is the legal majority shareholder in PIA, had requested a Rs60 billion bailout package, which included about Rs32 billion worth of debt restructuring. PIA wants Rs19.6 billion worth of its corporate bonds rolled over on deferred interest payments for five years, in addition to a rollover of about Rs12.6 billion in bank loans. The finance ministry indicated it was willing to go along with this programme, in addition to helping the airline lease 39 aircraft to expand its fleet.

Where Q Block put its foot down was the request of a Rs20 billion injection of cash and the conversion of Rs8 billion of debt (which requires interest and principal payments) into equity (which does not).

The bailout request was part of a restructuring plan for the airline that forecasts PIA reaching an operational breakeven point by the year 2013.

In exchange, the finance ministry wants to force the PIA management to agree to unpopular reforms, including an aggressive cost cutting campaign. In addition, PIA is likely to be forced to share its market with other airlines besides its normal code-sharing.

Perhaps the most controversial measure being pushed by the finance ministry is the drive to restrict the influence of PIA’s union in managing the airline. Q Block also wants to force the defence ministry to cut down on red tape in the airline, restructure the PIA board of directors and institute a strict code of conduct for PIA executives.

The finance ministry official said that PIA would be required to submit a detailed list of actionable measures that the ministry would closely monitor.

Hafeez Shaikh is reported to have been blunt with the defence ministry about the finance ministry’s willingness to use its control over the purse strings of the government to get the PIA to do what it must in order to become a financially self-sustaining organisation. Shaikh is reported to have pointed to the low fares charged by PIA as one of the many things that will need to change.

The cabinet committee also took up the issue of leading 39 aircraft over the next years and agreed in principle to support the inductions into PIA’s fleet. The planes would be up to two years old and would reduce the fleet’s average age from 27 years to less than 10 years.

The PIA would get ten A321 aircraft and ten A320 aircraft in 2012. In 2013, PIA would acquire as many as four ATR-72 and five 777-300ER aircraft while it would get six A321 planes in 2014. The finance ministry official said the government would not make upfront payments for leasing these planes but will help during the course of the years. The PIA claimed that leasing newer planes would reduce operating cost by Rs4 billion every year.