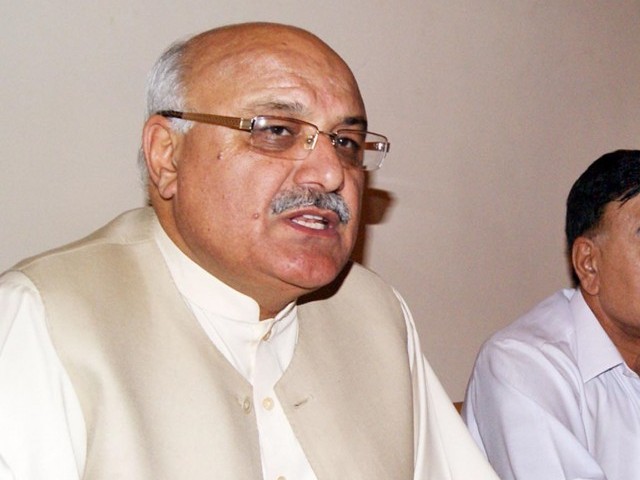 Addressing the media in Nowshera, Iftikhar Hussain said that the US has made a case for the Pakistan security agencies to take stern action against the Haqqani Network, however, after dialogue, the situation has receded.

He said Pakistan and Afghanistan both have separate borders and no dictation will be tolerated from across the border.

Iftikhar Hussain also urged for joint efforts against eradicating terrorism by all parties including Pakistan, Afghanistan and the US.

On Monday, nine Frontier Constabulary members were killed when their convoy was ambushed by militants in the Khyber Agency who had crossed over from Afghanistan.

On the same day, the Pentagon said that incidents of rocket attacks from Pakistan into Afghanistan had increased manifold with 55 attacks so far, up from just three last year.

(Read: Cross-border attacks from Pakistan on the rise: Pentagon)