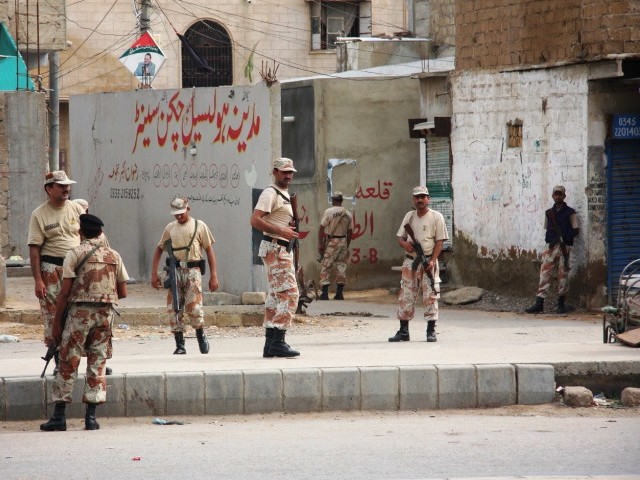 The suspect confesses that he killed 26 people. PHOTO: MOHAMMAD AZEEM/FILE

KARACHI: A suspected target killer was arrested from the Clifton area of Karachi, Express 24/7 reported Tuesday.

The suspect has confessed that he killed 26 people.

Identified as Asif, the suspected was arrested during a Rangers raid and has been handed over to the police.

During the investigation, the suspect confessed to have been involved in target killings for the past several years.

Police officials claimed that Asif was also involved in an attack on Mobina Town police station in 1994, in which one policeman and two attackers were killed.