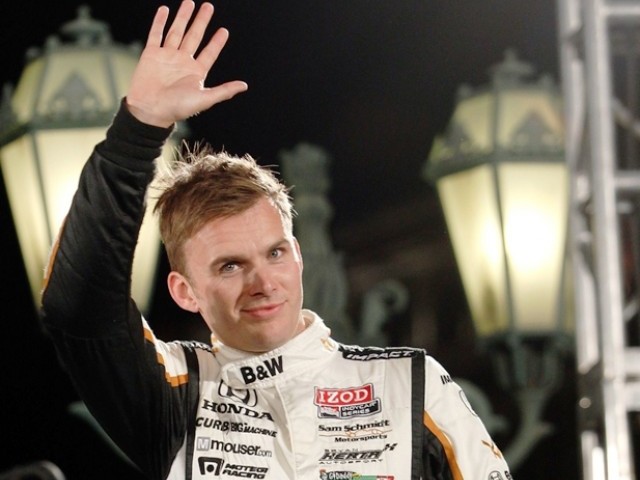 Dan Wheldon, driver of the #77 Dallara Honda, is introduced during an event on the Las Vegas Boulevard Strip as a preview to the IndyCar World Series Championship on October 13, 2011 in Las Vegas, Nevada. PHOTO: AFP

LONDON: British IndyCar driver Dan Wheldon has died following a massive accident at the Las Vegas Indy 300. The Buckinghamshire-born star, 33, was one of 15 drivers involved in a crash at the second corner on lap 11 of the season-ending race on Sunday.

Wheldon was airlifted to a hospital after the crash but succumbed to his injuries.

“Just woken up to the most horrific news… Dan Wheldon RIP,” he tweeted. “I’ve so many good memories of racing with Dan in the early 1990s, a true fighter. We’ve lost a legend in our sport and also a great guy.”

“This is an extremely sad day,” he said. “He was a talented driver. As a British guy, who not only went to the US but who twice won the Indy 500, he was an inspirational guy, and someone that every racing driver looked up to.”

Wheldon moved to the US in 1999 and six years later became the first Briton since Graham Hill in 1966 to win the Indianapolis 500. He won the title again in 2011.