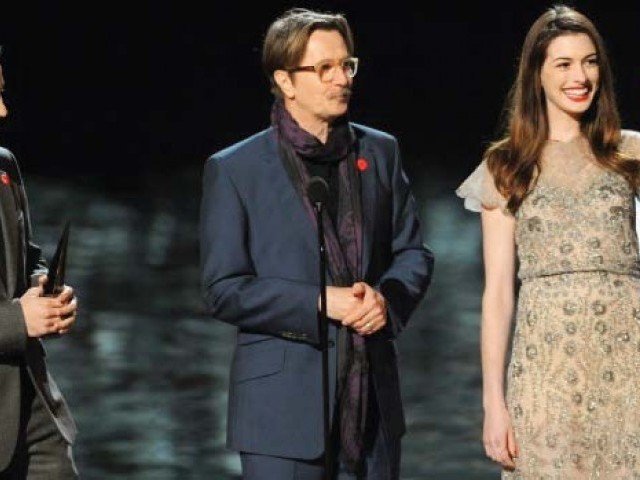 Heroes and villains from the worlds of horror, fantasy and sci-fi shared the stage at Spike TV’s annual Scream Awards.

There was one glitch in the Harry Potter domination, however. The franchise lost once when X-Men: First Class won in the Best Fantasy Movie Category. But, those weren’t the only big winners of the night. Darth Vader and Pee Wee Herman also took home top honours, nabbing the Ultimate Villain and Visionary award, respectively.

And it’s safe to say Robert Downey Jr was the man in Tinseltown this weekend. A day after he was honoured at the American Cinematheque Tribute, the Iron Man star hit the stage to pick up his ‘Hero Award’ at the sixth annual light-hearted show.

Other notable moments of the evening included The Dark Knight Rises co-stars Anne Hathaway, Gary Oldman and Joseph Gordon-Levitt accepting the award for Most Anticipated Movie, and Nicolas Cage receiving the Maverick Award. Also, teen star Chloe Moretz worked some vampire mojo to nab the Best Horror Actress trophy for her successful role as an underage bloodsucker in Let Me In. E!ONLINE

The Ultimate Scream: Harry Potter and the Deathly Hallows: Part 2

Best Horror Movie: Let Me In