Punjab is implod­ing and explod­ing, almost simult­aneous­ly. The explos­ions have been at the revere­d Data Darbar, the...
By Wajahat S Khan
Published: July 13, 2010
Tweet Email 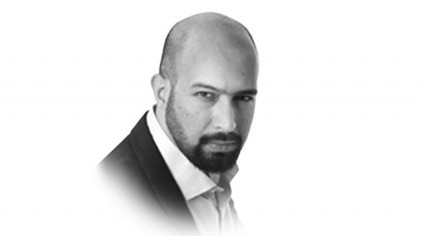 The writer is a freelance journalist and media consultant (wajahat.khan@tribune.com.pk)

Punjab is imploding and exploding, almost simultaneously. The explosions have been at the revered Data Darbar, the ‘spiritual heart’ of Old Lahore. But now, more fireworks have been discharged – this time, inwards – and the implosion stems from the British-era quarters of Pakistan’s cultural capital not far from Data’s Nagri – Punjab’s address of reason, debate and legislation since 1935: the Provincial Assembly. Damage-controllers claim such sabotage was planned by a ‘lota’ — a South Asian sanitary device that is a hybrid between a beer mug and a teapot, communally shared for mutual comfort — with the fitting name of Masti Khel (the nomenclature translates directly as ‘Mischievous Tribal’).

The evidence presented: that MPA Sana Mastikhel, a Sharif inspired N-Leaguer, was the sole vanguard and lone spearhead of a brazen but legalised anti-press assault; Spartacus, Stalin and Zia camouflaged as one overweight politico, out to demolish Pakistan’s fifth column (“disguised” as its fourth estate). For those living under a shell (which is not recommended in a place like Pakistan as shells are not shrapnel-proof, but on the other hand, they don’t rely on electricity either), these are the facts. The Punjab Assembly met on July 9 to debate, according to the agenda, colleges for women among other ‘bla bla’ issues. Instead, the debate shifted to a non-agenda item: the ‘Fake degree scandal’ involving parliamentarians of all hues – but predominantly hailing from the Sharif brigades – using unrecognised and even counterfeit academic degrees to qualify for office. After a fiery show by most MPAs, Mr Masti Khel climaxed with a command performance. As he tabled what eventually passed as a unanimous resolution for curbing media freedoms, the honourable representative from Bhakkar shouted: “Pakistan is being held hostage by the Three Js: Journalists, Judges and Jenerals.”

Now, if you’re snickering about Mastikhel’s slip, don’t. According to the PA’s official website, M Sanaullah Khan Mastikhel is the proud recipient of two undergraduate degrees: an LL.B. and a B.A. The site lists his phone number as being one of those fancy ‘golden’ ones and also updates us about his previous portfolio, that of the parliamentary secretary of the National Assembly.

Given Mr Mastikhel’s dual degrees, his post-paid cellular connection and his important former posting, one can feign surprise about why he would spell ‘generals’ with a J. But debating his spelling techniques – exactly what the media is doing since July 9 – is like arguing about the safety of air travel in the middle of a crash landing: redundant.

As he is the face of arguably the shortest-lived anti-press coup that has ever been legislated in the Punjab, the question arises: did Mastikhel act alone, or is he a scapegoat? Not according to Babar Awan, the PPP’s legal hit-man. In response to Nawaz Sharif’s emergency conference from London (the Man of Steel claimed Mastikhel will be expelled from his party, while implying that the MPA’s questionable past – being a Q-League turncoat – makes this smell of political sabotage), caustic Law Minister Awan demanded that the “real Masti [mischief] makers should be fired”. Awan may have a point. The fact that Nawaz’s efficient number two, Punjab boss Shahbaz, was present and passive during the onslaught helps Mr Awan’s argument: that this was not a one-man show.

But it doesn’t matter. Though many parliamentarians ‘vented’ against the media over what was an otherwise lackluster beginning to the weekend – after all, only 105 people were reported killed in twin blasts in the Mohmand Agency at almost exactly the same time Punjab’s finest were ripping apart the media for “irresponsible propaganda” – the fact remains that several parliamentarian degree records up for verification at the esteemed Punjab University have disappeared over the weekend. Yet this has not inspired most mainstream media to stop gloating over their PR victory (getting Mastikhel fired) and move on to the real story: that everything in this country is organised, including corruption.

Frankly, I’m beginning to agree with the big guy from Bhakkar. I just hope he adds another ‘J’ to that list.