The 17-member parlia­mentar­y commit­tee on nation­al securi­ty recent­ly urged the govern­ment to change its strate­gy for...
By Asad Munir
Published: July 13, 2010
Tweet Email 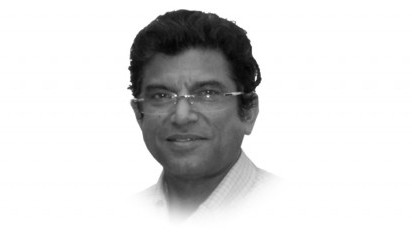 The writer has served as head of the ISI and MI for Khyber-Pakhtunkhwa and Fata (asad.munir@tribune.com.pk)

The 17-member parliamentary committee on national security recently urged the government to change its strategy for combating terrorism. The chairman of the committee, Senator Raza Rabbani, made the statement after the director general of military operations briefed the committee on the progress of operations in Fata and Malakand. On July 8 the DG ISI said that foreign elements are involved in increasing terrorism incidents in the country, that Pakistan would review its policy as per its national interest and that its security forces were committed to crush the terrorists in the country.

On August 14 2001, a month before 9/11, sectarian organisations were banned. Post 9/11, Pakistan banned jihadi outfits that were once used for insurgency in Kashmir. Pakistan was a sincere ally as far as al Qaeda was concerned. The army moved to the inaccessible areas of Tirah and Kurram Agency to seal the east side of Tora Bora in coordination with US Special Forces. More than 200 hardcore al Qaeda militants fleeing Tora Bora were apprehended in Kurram. Conspiracy theorists, including a non-Pashtun journalist considered an authority on Taliban, are wrong when they say that the borders of South and North Waziristan were intentionally left unmanned to facilitate the entry of Afghan Taliban and al Qaeda into Pakistan. No operations were being conducted at that time in the Khost, Paktia and Paktika provinces of Afghanistan bordering Waziristan. Army units moved to North Waziristan by the end of 2001 and to South Waziristan in the spring of 2002. In Peshawar alone about 27 raids were conducted in 2002-2003. The Haqqani madrassa in Miranshah was raided thrice. The reported hideouts of Mullah Kabir and Osmani were raided as well.

The DG ISI has implied that army operations are likely to continue until the terrorists lay down their arms and guarantee that they will not interfere in state affairs. The government should provide proof to the world community about the involvement of foreign hands in terrorist activities the way India has convinced the world about Lashkar-e-Taiba’s involvement in the Mumbai attacks.

The Afghans and the US want to negotiate with the insurgents. We have done it many times, starting from 2004; each year peace agreements are signed with the Taliban operating in different area but the Taliban always violate them. If they are willing to lay down their arms the government may consider announcing general amnesty to the foot soldiers. Pakistan would like a peaceful and stable Afghanistan, one not under Indian influence. Pakistan would never want the system of government that was run by the Taliban until 2001, because we know through experience that it directly affects the internal security of Fata and Khyber-Pakhtunkwa. Pakistan should be made part of any negotiations held with the Afghan Taliban by the US and Afghan President Hamid Karzai. Afghanistan and the US should understand this ground reality.