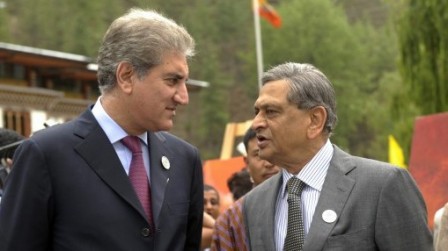 ISLAMABAD: The Foreign Office on Monday confirmed that the Indian External Affairs Minister S M Krishna will arrive in Pakistan for talks on the 15th of July, hinting that India and Pakistan are all set to restart the dialogue process which came to a halt following the Mumbai attacks.

The scheduled talks are the culmination of three months of positive official contacts, following a meeting of the prime ministers on the sidelines of a regional summit in Bhutan in April.

The agenda for the meeting of foreign ministers was set at a June 24 consultation in Islamabad between chief diplomats.

S M Krishna earlier said he was hopeful that his meeting with his Pakistani counterpart Shah Mehmood Qureshi would boost bilateral ties between the two countries.