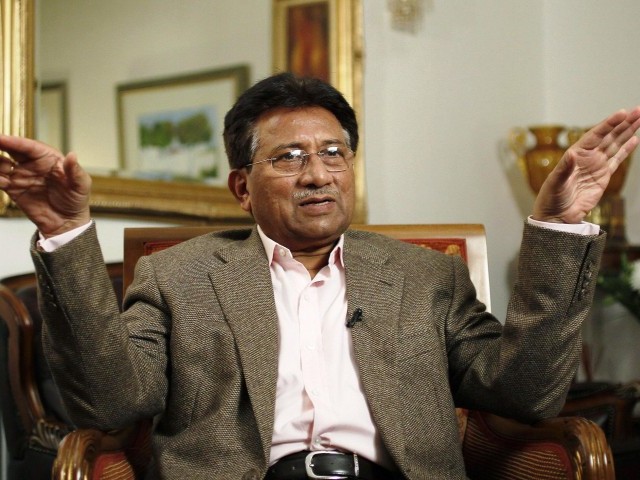 Pervez Musharraf also criticised the former two-time prime minister. “Nawaz Sharif did not have any accomplishment other than the motorway,” PHOTO: REUTERS/FILE

Had Nawaz Sharif-led government been allowed to rule for another six months back in 1999, the country would have gone bankrupt, the All Pakistan Muslim League (APML) said on Wednesday as the party marked the day as ‘Youm-e-Nijat’.

When then army chief Pervez Musharraf, who is now president of the APML, toppled the PML-N government on October 12, 1999, he had led the country towards prosperity and stability, said his party’s spokesperson, while presiding over a party meeting at the Punjab Secretariat.

The APML spokesperson emphasised that Sharif’s so-called democratic government in 1999 was possibly the worst example of “civil-dictatorship” that stigmatised democratic values in the country.

Separately, Pervez Musharraf also criticised the former two-time prime minister. “Nawaz Sharif did not have any accomplishment other than the motorway,” Musharraf said in an interview with Kamran Shahid in Express News programme “Front Line.”

Speaking about the state of economy at that time, Musharraf said that the country was at the verge of being declared bankrupt as there were only $400m in the national exchequer.

“Should I be punished for moving the country on the path to progress and raising Pakistan’s status in the comity of nations,” he asked. “Nawaz Sharif should be punished instead because he violated the constitution,” he added. “In the constitution, the tenure of the army chief is three years but he tried to remove me before that,” he said.