Two minor girls sustai­ned injuri­es when a bomb explod­ed outsid­e the house of a pro-govern­ment tribal elder in the...
By Manzoor Ali
Published: July 11, 2010
Tweet Email 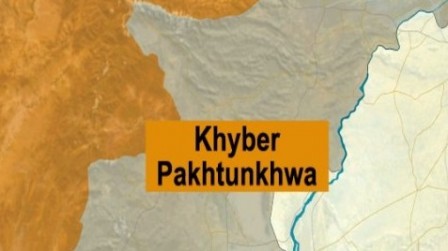 PESHAWAR: Two minor girls sustained injuries when a bomb exploded outside the house of a pro-government tribal elder in the Afghan Colony area on Saturday.

Faqirabad police said that the blast occurred outside the house of Tor Khan early in the morning. A Bomb Disposal Unit official said that the two-kilogramme, locally made explosives were remote detonated. Khan said that two girls – Khadija, 10, and Ayesha, 8, sustained injuries from shards of flying glass. Khan and his family had left their home in Mohmand some eight months back to escape fighting between the local lashkar and the Taliban which completely destroyed their village.

Once an island of resistance, Sultanwas now licks its wounds