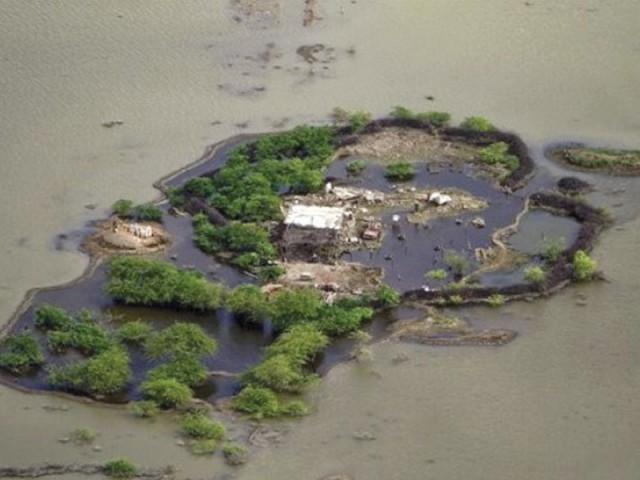 In the list of countries most vulnerable to disasters due to climate change, Pakistan’s ranking has been downgraded to 16 in 2010-2011 from its previous position at 29 a year earlier, according to the Climate Change Vulnerability Index by Maple Croft, an organisation which maps over 100 global risks.

The country is now facing serious wide-ranging climatic hazards with frequent occurrence of floods, cyclones and droughts. Pakistan has been suffering from a major drought for the past four years which according to experts is likely to continue. At the same time, yearly floods triggered by prolonged monsoon rains have destroyed vast residential and production lands. Earthquakes and cyclones have also become an annual feature.

“The government needs to prioritise disaster risk reduction and invest in systems today to reduce the cost of damage in the future,” said Adviser on Disaster Risk Reduction, OXFAM, Javeria Afzal. “Pakistan was familiarised with disaster preparedness after the 2005 earthquake.” Responsibilities of the Earthquake Reconstruction and Rehabilitation Authority and the National Disaster Management Authority have not been redefined after changes in laws and policies. There are scientific centres operational in Pakistan to determine what the situation would look like in 2030, she added.  “It won’t be a pretty sight if there is no planning for tomorrow. “

According to Climate Change and Environment Planning and Development Division, if proper measures are not taken, adaptation costs are likely to exceed 10% in the next 40 years ranging from $13 to $40 per capita. Adaptation costs in the year 2010 were $5.75 billion, while losses due to floods were estimated to be 5% of GDP.

Director General Jawed Ali Khan stated that the government is in the process of finalising the National Climate Change Policy.  A disaster management organisation will be set up to address threats posed by natural disasters in the near future.  It will also be responsible for dealing with the humanitarian aspects of emergencies, preparedness, response and recovery in particular to lower the impact of disasters.

In recent decades, temperatures in Pakistan have witnessed accelerated jumps compared to global variations. At 53.70C in Mohenjo Daro broke previous world records in May 2010 and temperature in Lahore was the highest in 78 years in 2007. Severe cyclonic storms hit the Arabian Sea in May 2010 which is very rare phenomenon in the history of the sea. It is very likely that weather extremes, heatwaves and heavy rains will occur with increased frequency. There will be more rainfall at higher latitudes and less in most subtropical areas.