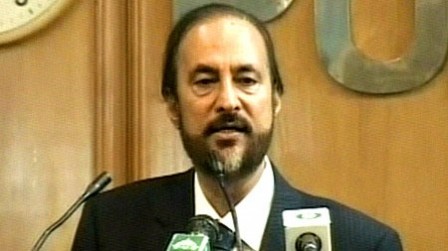 Talking to the media on Thursday, he said that there was a military coup because of Butt and, he added, nation suffered for nine years. Babar said that democracy remained lost because of General Butt. He said the nation wanted to know why democracy’s enemy was chairing the task force. Babar wondered what could come of a system in which a proclaimed offender is in charge.

‘Election, not selection, should be the method’