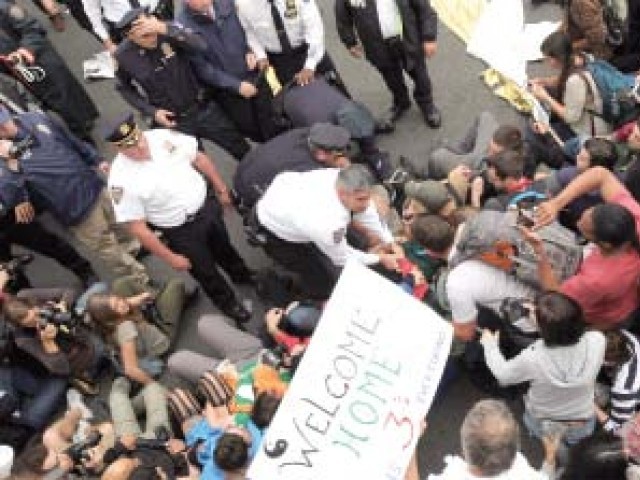 NEW YORK: More than 700 people protesting social inequality, corporate greed and global warming were arrested in New York when they blocked traffic on the city’s Brooklyn Bridge, forcing authorities to shut it down for hours, police said.

They were part of a larger group crossing the bridge from Manhattan, where they have been camped out near Wall Street, the world’s biggest business and financial centre, for two weeks. Some entered the bridge’s roadway and were met by a large police presence and detained, most for disorderly conduct. The loosely-organised group is called “Occupy Wall Street”. They say they are defending 99% of the US population against the wealthiest 1%.