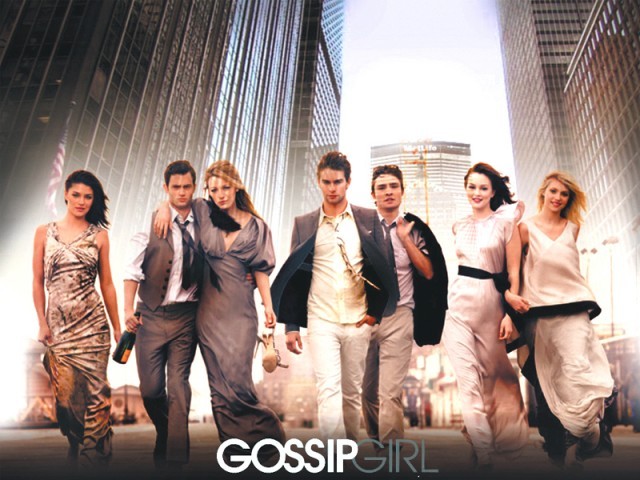 Televisions series are an indulgence that everyone from teenagers to middle-aged people are hooked on to. PHOTO: FILE

With channels lagging far behind in updating the latest seasons in their transmission, viewers usually resort to downloading or buying DVDs of television shows. Here is a brief recap and a hint into the future of some of the most popular television shows, so you don’t feel like a caveman next time you play TV trivia.

The eighth season of Grey’s anatomy premiered on September 29, and was packed with ethical and cerebral tests made worse by brewing complications in the lives of the doctors and interns at Seattle Grace Hospital.

So far: Meredith faces the consequences of tampering with Derek’s clinical trial on brain tumour and is suspended from work. April tries to step up as Chief Resident in the wake of turmoil at Seattle,while Cristina and Owen try to resolve drastically different feelings for their unborn child.

In the future: Can April prove herself worthy of a position that almost left her friendless? Will Cristina finally resign to Owen’s will and become a mother at the expense of what she really wants to nurture — her career.

The American thriller series with chiselled to perfection male vampires have surely left a mark on women worldwide. The third season which premiered on September 15 will consist of 22 episodes in all.

So far:  Klaus and Stefan arrive in Chicago, where Stefan is reunited with an old flame who hasn’t gotten over him. In a flashback to Chicago in the 1920s, Stefan comes face-to-face with a shocking chapter from his wild past. After Damon gets information on Stefan and Klaus’ whereabouts from an unexpected source, he and Elena follow their tracks.

In the future: Will Stefan give in to his persistent lover’s will? What are Damons plans this time around?

The irrevocably brusque doctor is back with another season of pure sardonic wit and medical skills par excellence. The eighth season of “House” will premiere on October 3.

So far: Renowned performance artist Afsoun Hamidi is admitted to the hospital, but when the team learns that her symptoms may have been self-inflicted as part of a documentary, they begin to question whether she even deserves treatment. House is prompted to make a move that could change his relationship with Cuddy and Wilson permanently.

In the future: With rumours of Cuddy leaving already making rounds, we ask whether we’ll even see her in the upcoming season. Will Wilson stick with House despite all odds, like he always does?

‘How I Met Your Mother’ season 7

“How I Met Your Mother” is a mystery hanging in midair for the longest time, as six seasons down, we still don’t know who Ted’s wife is. However, it’s comical script and loveable characters have made us interested in the long-stretched comedy-mystery.

So far: After Ted runs into an ex-girlfriend, he tries to settle things with her since he cheated on her during their relationship. Meanwhile, Marshall and Lily make a bet with Barney that they can make him wear Marshall’s ducky tie.

In the future: Will we find out who the mother is in this season?

“Gossip Girl” is a rose-tinted documentary on the lives of privileged and often ungrateful youngsters.

So far: Serena loves her new job in Hollywood, but makes a costly mistake when her effort to impress her boss goes wrong. Chuck and Nate arrive in Los Angeles joining Serena at a glamorous Hollywood Hills party. Blair and Louis return from Monaco and begin planning their royal wedding, but when Louis refuses to stand up to his family and support Blair’s choices, his weakness threatens their relationship.

In the future: Will Blair get married or will Chuck make an entrance in Blair’s life again?

Video of the Day: Standing up to terror…with comedy!