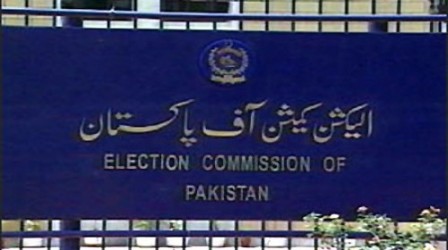 ISLAMABAD: While the education-related documents of almost all legislators have been re-sent by the Election Commission for verification purposes, most of them are still illegible, The Express Tribune has learnt.

Initially, 138 illegible photocopies had been forwarded for verification purposes – after which the Higher Education Commission (HEC) requested that the documents be sent again.  HEC also said that 35 legislators had either submitted irrelevant or provisional certificates. However, sources said, the copies re-sent by the returning officers are still unreadable.

This has raised fears that legislators may eventually have to be asked to resubmit their documents – opening up chances for manipulation.

Sources in the commission told The Express Tribune that returning officers have once again forwarded all copies of the degrees of federal and provincial legislators except three – two from Sindh and one from Balochistan.

“We are confident that we will have their documents within a day,” sources maintained.

However, a senior official involved in the exercise said that the issue remains unresolved. “The copies are so dim that it is quite difficult to read for authentication purpose,” said the official. Another senior official, while requesting anonymity, argued that illegibility should be expected. “The returning officers have copies of the documents, not the original degrees, stored for more than two years… It is quite possible that papers lose their original shape and photocopies get dim.”

He said the commission earlier even deliberated asking the legislators to submit their original documents instead of obtaining them from returning officers, but felt it could trigger more controversy since the documents could be different to what the members had originally submitted.

However, he said the commission, after bringing the matter into the notice of the NA standing committee on education, will now consider asking parliamentarians whose documents are illegible to submit fresh copies to the commission by hand. The Election Commission is likely to announce its plan within two days.