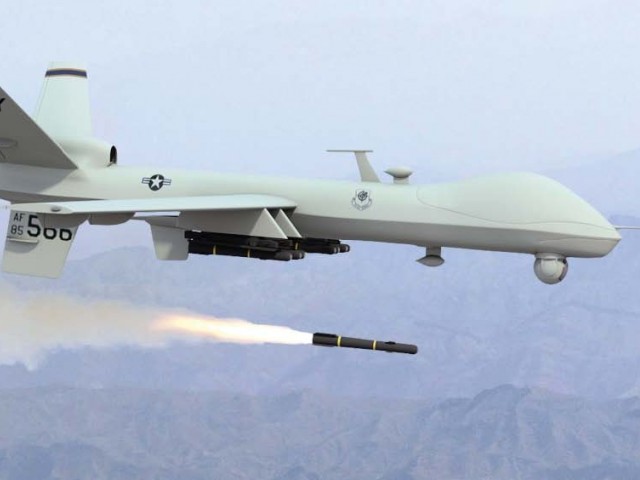 A drone fired two missiles at a compound in Azam Warsak.

WANA: A US drone strike on a compound near South Waziristan town of Azam Warsak killed at least four people.

According to Express 24/7 correspondent, Iftikhar Firdous, a drone fired two missiles at a compound in Azam Warsak, near the South Waziristan town of Wana which killed at least four local Talibans belonging to the Nazir group.

Firdous said that locals had reported sighting drones flying in the area for the past few days, though it was not till today (Tuesday) that it struck.

This is the first drone strike in South Wazirstan since early August, after the Pakistan army completed an operation to drive militants from the tribal area that borders Afghanistan.

Football: Norwich hold on for win