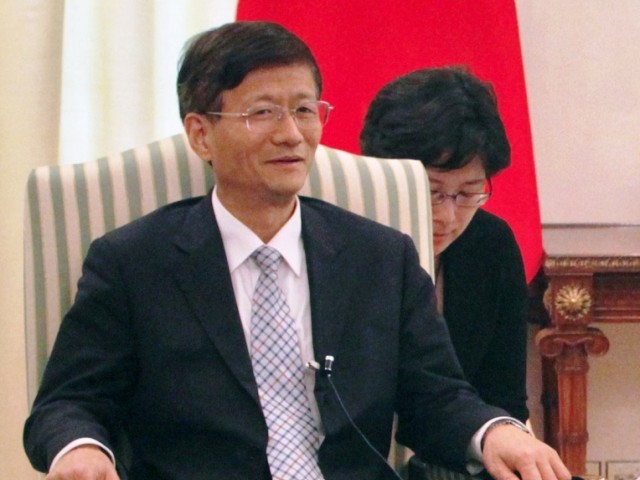 Both sides agree to strengthen cooperation in the fight against terrorism. PHOTO: REUTERS

ISLAMABAD: China has announced aid of eight million yuan (over Rs110 million) for the law enforcement agencies in Pakistan, Express 24/7 reported on Tuesday.

The announcement was made during a meeting between the Interior Minister Rehman Malik and Chinese Vice Premier Meng Jianzhu in Islamabad today.

Regional security, bilateral ties and issues of mutual interest were discussed during the meeting.

Both sides agreed to strengthen cooperation in the fight against terrorism.

Malik maintained that action will be taken against all groups involved in terrorist activities.

Speaking on the occasion, the Chinese Vice Premier said his country acknowledged the sacrifices made by Pakistan in the war on terror.

He also asserted that China will always stand by its neighbour in difficult times.

Pakistan turns to China as ties with US suffer

Pakistan, facing a crisis in relations with the United States, appears to be seeking more support from powerful ally China.

Pakistani officials have been heaping praise on China since its public security minister arrived here on Monday for high-level talks as Washington piles pressure on Islamabad to cut ties with a militant group blamed for attacks on US targets.

“We are true friends and we count on each other,” Prime Minister Yousuf Raza Gilani said after talks with Meng on Tuesday.

Prime Minister thanked China for a categorical statement extending support to Pakistan when it needs the most.

“We will co-operate with you to the extent you want us to co-operate,” assured Gilani.

He added the two countries together can progress and prosper and bring the dividends of development to their people.

Meng said relations between the two countries have been nurtured through generations and expressed the resolve to follow the legacy.

“Thank you once again for (the) supportive statement in favour of Pakistan’s sovereignty and integrity.”

Washington accuses Pakistan’s powerful ISI spy agency of directly backing the Afghan Taliban-allied Haqqani network and of providing support for the Sept 13 attack on the US Kabul mission.

Pakistan furiously rejected the allegations and warned the United States that it risked losing an ally if it kept publicly criticising Pakistan over the militant groups.

Making the point that Pakistan has other friends, President Asif Ali Zardari said in a statement: “In these peculiar circumstances when the country was grappling with many challenges simultaneously, Chinese assistance has been most welcome in stabilising the situation.”

He said Pakistan was the only country enjoying all-weather friendship with China.

China and Pakistan call each other “all-weather friends” and their close ties have been underpinned by long-standing wariness of their common neighbour, India, and a desire to hedge against US influence across the region.

Pakistan is now turning to China again as it engages in the harshest war of words with Washington since it joined the US “War on Terror” after the Sept 11, 2001 attacks.

Clinton urges Beijing to open dialogue with Washington on Pakistan

In Beijing, Foreign Ministry spokesman Hong Lei said Pakistan has made “important contributions in the international fight against terrorism”.

“China understands and supports Pakistan’s formulating and implementing its counter terrorism strategy based on its national conditions,” said Hong.

The United States seems frustrated at its inability to influence Pakistani policy on militants.

In a meeting with her Chinese counterpart Yang Jiechi at the United Nations on Monday, US Secretary of State Hillary Clinton urged Beijing to open a dialogue with Washington on Pakistan.

“We have stated this before, but there’s clearly an urgency given recent developments and also given the close relationship that exists between Pakistan and China,” a State Department official said in a briefing to reporters.

A senior Pakistani government official called the report speculative but said Islamabad has such strong defence ties with China that no formal pact was needed.

China is a major supplier of military hardware to Pakistan and also a major investor in areas such as telecommunications, ports and infrastructure.