If at first you don’t succeed, blame Haqqani

If at first you don’t succeed, blame Haqqani

It is time to evolve a policy which best serves intere­sts of Pakist­an, this should not be done by the milita­ry only.
By Khalid Munir
Published: September 24, 2011
Tweet Email 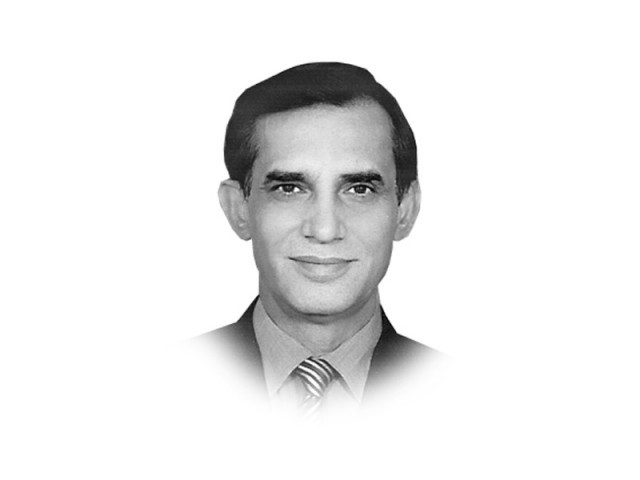 The writer is a retired army officer who served in Fata and Khyber-Pakhtunkhwa khalid.munir@tribune.com.pk

Finally, matters between the US and Pakistan have reached boiling point and the year in which the American troops were supposed to withdraw with victory trumpets seems to have become one of embarrassment. The events of the last two months have shattered America’s dream of a peaceful withdrawal from Afghanistan. The last thing Americans would like to see is the repetition of the events of Saigon. A spectacular attack by the Taliban on the US Embassy, in which half a dozen attackers held US and Isaf forces for almost 20 hours, has demoralised the Americans. As if all this was not enough, the assassination of Burhanuddin Rabbani has put the seal on the fledgling peace efforts.

Rabbanis’s peace council was a ray of hope for the Afghans, though it had failed to get the support of the Pashtuns because of its composition. The latter, perhaps under the influence and fear of the Taliban, thought it would be an instrument of suppression by the shumalis (the non-Pashtun northerners). These apprehensions were voiced by the Pashtun members of the council, during a meeting with senators from Pakistan in March this year. The council had come up with a formula to negotiate with the Taliban, but Rabbani’s death has put the peace process in cold storage.

As for America, announcing the withdrawal schedule over a year before the actual withdrawal was a sign of weakness. For the anti-Taliban elements, this came as a surprise and the support they were providing, in whatever way, was withdrawn due to fear. Then US President Barack Obama went on to announce a reduction of 30,000 troops this year, against the recommendations of the Pentagon.

Militarily, it has been a badly-fought war without much planning. The general responsible for fighting the war was sitting in Florida and came to Afghanistan only after Kabul’s fall. The latest outburst of blaming everything on the Haqqani network is the result of the frustration being felt in the power corridors of Washington because of lack of success in Afghanistan.

Yes, no one can deny that Haqqani is fighting in Afghanistan. No one will also deny that the presence of his fighters in North Waziristan is not a secret — however, blaming his network for all the ills that America is facing seems far-fetched and unfair. Pakistan is being forced to take military action against the Haqqanis in North Waziristan, something that may not necessarily solve matters in Afghanistan. Besides, the Americans need to ask themselves: is Haqqani so strong that his men can travel from North Waziristan all the way to Herat, Kunduz and Helmand with no one to check their movement? It should also be clear now that Isaf does not control the Pashtun-dominated provinces. For instance in Kunar, training centres have been set up to produce jihadis and FM radios run by the Taliban can be heard in Bajaur and Dir inside Pakistan. Nuristan was vacated by Isaf after attacks by the Taliban, almost two years ago, and is now used by militants to stage attacks into Pakistan.

The fact of the matter is that Isaf and Nato forces have failed to create favourable conditions on the ground which can then be used during negotiations. Now that they have been made to assess the situation, the field commanders are trying to find a scapegoat for their failure. That is what is happening in the present case. Should Pakistan pay for Nato’s failures?

Perhaps for the first time in its history, Pakistan has come into direct confrontation with the US. How we resolve this will be the test of the statesmanship of our civil and military leaders. It is time to evolve a policy which can best serve the interests of Pakistan and this should not be done by the military only. The government should take all leading politicians into confidence and with their consent evolve a strategy that helps us cope with what is clearly the most serious challenge to our sovereignty.

What Pakistan should do