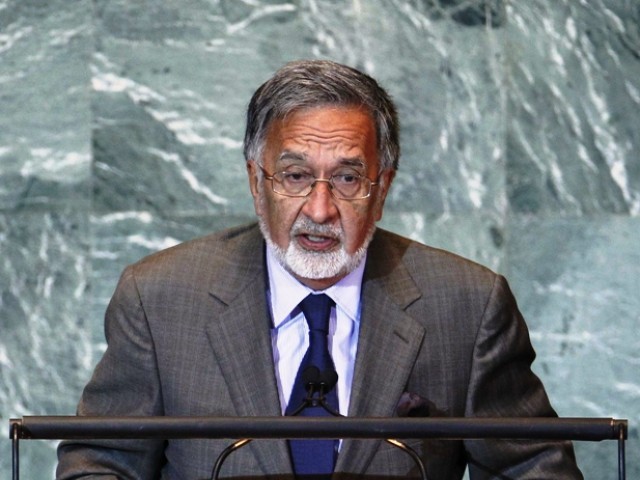 A US-backed drive to revive the ancient “silk road” through Central Asia to boost economic connectivity with Afghanistan, Pakistan and India was launched on Thursday.

In a ministerial conference held on the sidelines of the United Nations General Assembly, about 25 countries met to discuss how southern and central Asian countries could become more interlinked through trade, transit and energy ties.

“If we don’t pledge ourselves to a new economic vision for the region, I don’t think a more prosperous future is likely,” said Clinton.

With the new road system, Afghanistan would be connected to the heart of lucrative trade routes between Central and South Asia and the rest of the world involving modern highways, rail links and energy pipelines.

Speaking at the meeting, Khar said regional stability and development remained Pakistan’s foremost priority. She said Pakistan was willing to play a constructive role in seeking enhanced regional trade and economic cooperation. Pakistan, she added, believes that these regional trade linkages would offer the best opportunity to usher in an era of peace and prosperity for the peoples of the region. She further said that building a network of resources and trade corridors would signify international commitments to Afghanistan long-term development.

Appreciating Secretary Clinton’s New Silk Road vision she hoped that after materialisation of the concept, the Central and South Asia would be linked with Afghanistan through a network of economic and transit connections.