Bringing out the big guns: Mobilink to roll out branchless banking services

Bringing out the big guns: Mobilink to roll out branchless banking services 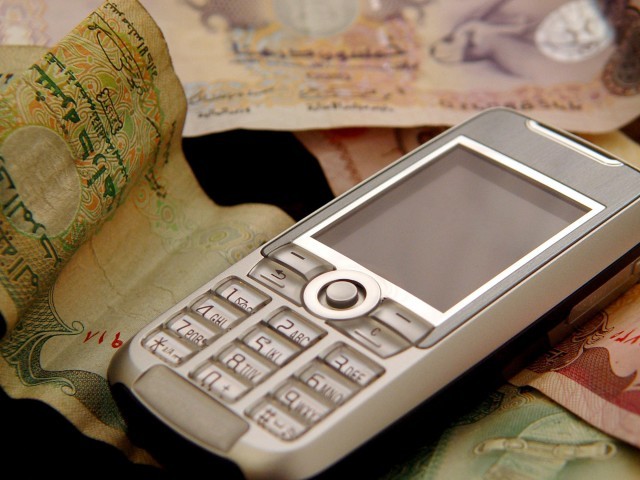 The State Bank of Pakisan (SBP) approved the license of Orascom to initiate microfinance banking in the country last week. Mobilink aims to compete with Telenor's easypaisa service. PHOTO: FILE

Mobilink is on the verge of breaking Telenor’s easypaisa monopoly as it has almost completed the process of entering the branchless banking world.

The State Bank of Pakisan (SBP) approved the license of Orascom to initiate microfinance banking in the country last week.

Orascom, the parent company of Mobilink, invested at least Rs1 billion in the project as it is the central bank’s minimum capital requirement for a microfinance bank licence.

This is the first time Telenor’s easypaisa will have any real competition. Telenor launched the widely used easypaisa in collaboration with Tameer Microfinance Bank in November 2009.

Telenor’s Easypaisa offically welcomes the competition. The President and CEO for Easypaisa, Nadeem Hussain says that, “the unbanked population in Pakistan is so large, that any one entity cannot cater to it. More players in the market means that the onus of educating people will be divided and growth in the market will be good for everyone providing mobile financial services”. Hussain explains that Easypaisa was the first mobile financial service to launch in Pakistan and that it has the first mover advantage. “And we plan to capitalise on it,” he said.

Mobilink says that launch dates will be announced as soon as all infrastructural formalities are complete.

Online sources are saying that the service being provided might be called “Waseela”, however sources at Mobilink say that the service has not been branded yet, which means that it might take a little while to come to the market.

With the progressive use of mobile phones, cellular operators are cashing in on the lucrative financial services industry.

They are utilising the network of people and their mobile phones to capitalise on the fact that a very small percentage of the people are part of the formal sector.

With Mobilink’s network all over Pakistan, it is quite well placed to offer branchless banking and a slew of other financial services that they have planned.