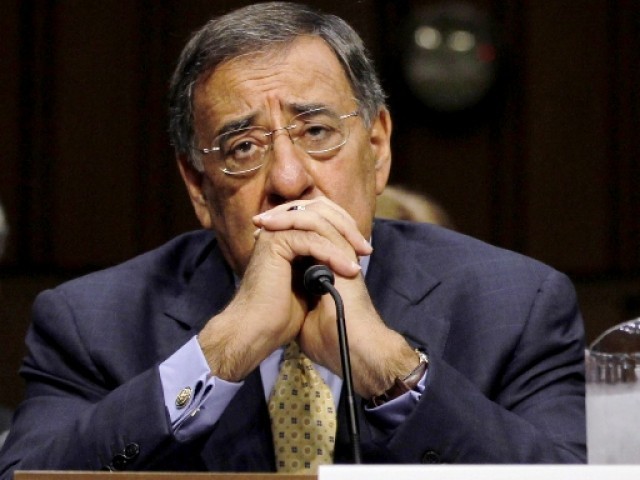 WASHINGTON: The Taliban’s recent high-profile attacks are a sign of “weakness” that show US-led forces in Afghanistan have seized the initiative in the war, US Defense Secretary Leon Panetta said on Thursday.

“Overall, we judge this change in tactics to be a result of a shift in momentum in our favor and a sign of weakness in the insurgency,” Panetta told the Senate Armed Services Committee.

Two days after the assassination of former Afghan president Burhanuddin Rabbani, Panetta said as “the Taliban lost control of territory last year they shifted away from large attacks on our forces to greater reliance on headline-grabbing attacks.”

But Panetta said security generally was improving across the country, without offering specific numbers.

“While overall violence in Afghanistan is trending down — and down substantially in areas where we concentrated our surge — we must be more effective in stopping these (high-profile) attacks and limiting the ability of insurgents to create perceptions of decreasing security,” he said.

He said the US military is “working with our Afghan counterparts to discuss with them how we can provide better protection against these attacks.”

“But the bottom line is that we can’t let these sporadic events deter us from the progress that we’ve made.”

Insurgents wounded 77 American troops in a truck bombing of a NATO base this month and carried out a dramatic assault last week on the US embassy and NATO headquarters in Kabul that was repelled.

With August marking the deadliest month so far in the war for US forces, Panetta acknowledged the American casualties, saying that he felt “a heavy burden” as Pentagon chief.

Ties between Pakistan and America