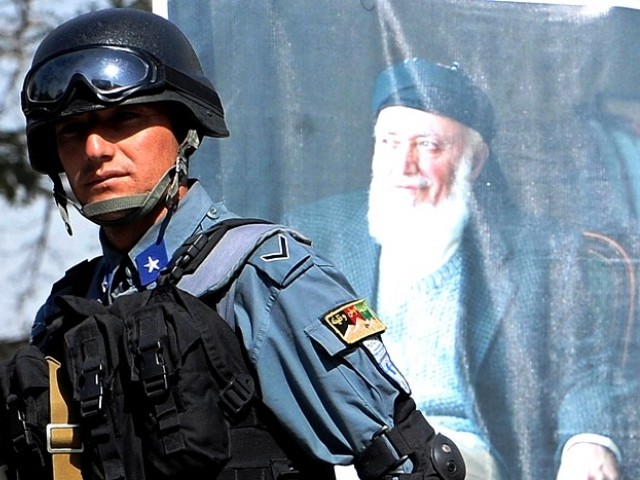 An Afghan policeman keeps watch near a poster of the slain head of Afghanistan's High Peace Council and former president Burhanuddin Rabbani in Kabul on September 22, 2011. PHOTO: AFP

The evidence that the Taliban in Afghanistan do not want peace is mounting. Their latest bid to sabotage the process has been vicious. A highly-trusted Taliban delegation, which visited the head of the 68-member High Peace Council on September 20, included a bomber who detonated a bomb hidden within his turban, killing the former Afghan president Burhanuddin Rabbani, who headed the Council set up in October 2010 to try and talk peace to the Taliban. Rabbani, well-respected in both his own country and Pakistan was a former jihadi commander; his death comes as an undoubted blow to the effort to build peace in a country torn apart by years of conflict. An adviser to President Hamid Karzai who was accompanying the delegation was also injured in the blast.

The attack has clearly stunned senior Afghan officials, who believed that the Taliban group — treated as highly respected guests as they entered Rabbani’s home — had no agenda other than to talk peace. This has been proven to be untrue. The Taliban had put out messages before, signalling that peace was not a priority. The 20-hour siege of the US Embassy a week ago and the previous assassination of Karzai’s brother were among these. But this audacious assassination is the clearest indication yet of what the Taliban want. It seems they see themselves in a position of strength and have no desire to give this up as a result of any brokered deal. This does not leave Afghanistan in an especially positive situation. In recent months, with the Taliban gaining ground in many places it had seemed an accord could be achieved, especially with American forces keen to pull out as quickly as possible. No one believes that a poorly-trained Afghan army can on its own hold off the militants.

Against this backdrop, the death of Rabbani comes as a huge disruption in the efforts to find some way of restoring the peace Afghanistan has not known for years. Afghan officials and commentators insist that the peace process will continue, but it will obviously be fraught with more distrust and anxiety now pushing the chances of success even further away.