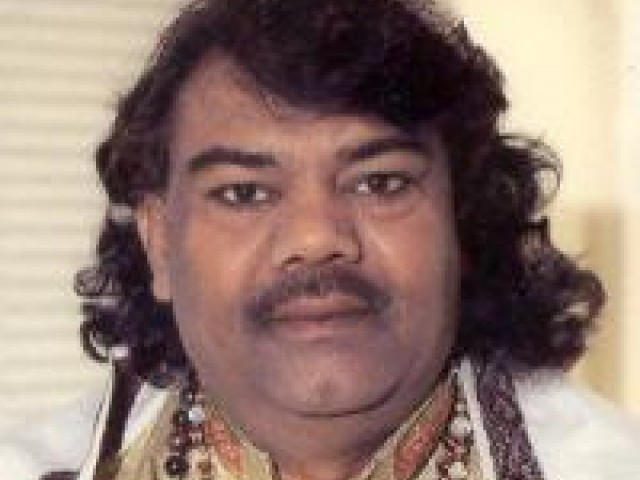 Qawal Maqbool Sabri died on Wednesday due to a cardiac arrest. PHOTO: FILE/EXPRESS

He was 60 and had been under treatment in South Africa for two months and was also suffering from diabetes. He leaves behind his widow, three daughters and a son.

Born in 1941 to a lower-income class family in Kalyana, India, Sabri migrated to Karachi with his family and settled in Liaquatabad. He received his qawwali and music training at an early age and recorded his first qawwali at the age of 17 in 1958 with his elder brother Ghulam Fareed Sabri and then formed a group called Sabri Brothers.

In 1970, he was awarded the Pride of Performance Award. His first international performance followed soon after, when in 1975, he performed in New York. Some of his most important qawwalis include ‘Bhar do jholi’ and ‘Mera koi nahin hai tere siwa’.