Are smart phones a threat to telecoms?

Are smart phones a threat to telecoms?

Teleco­ms contro­l the centre field in the mobile teleph­ony realm but they have been losing ground to smart phones.
Published: July 5, 2010
Tweet Email 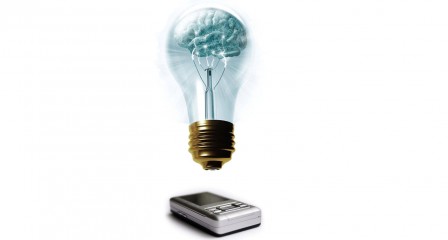 Wifi connections mean consumers no longer have to pay to communicate

Telecoms control the centre field in the mobile telephony realm but they have been losing ground to a new generation of Internet-enabled smart phones. Telecoms have millions of subscribers in their reach, who pay recurring monthly fees. Phone manufactures, such as Nokia on the other hand, only book one-time revenues from their phone sales and then they often play by the rules of telecoms to gain access to their subscribers.

As part of the deal with phone manufacturers, telecoms often demand control of what applications come bundled with the phone. They may feature their own services for news updates, ringtone downloads and the like, and have their logo constantly displayed on the front screen. This is all designed to control the user’s experience and build a ‘walled garden’ within which consumers can do what they want yet discourage them from going beyond these walls.

When Steve Jobs introduced the iPhone he grudgingly signed on a five-year exclusivity contract with US telecom AT&T to be able to get access to over 50 million mobile subscribers under AT&T. Other terms of the deal remained undisclosed but Steve Jobs made no secret about his resentment for telecoms and vowed to shake up their iron-clad grip on the mobile phone experience.

Experts say instant messaging services provided by BlackBerry allow unlimited messaging across the globe and will ultimately cannibalise SMS. While telecoms are okay with this since they charge a premium for BlackBerry plans, the iPhone and android phones don’t require any special phone plan and instant messaging is completely free on those as well. Telecoms don’t earn a dime from it. Internet browsing through these phones also makes it easy to access news, ringtones and wallpapers, while applications like Skype for mobile phones allow free voice calls and threaten the core business of telecoms.

While land-lines were once threatened by mobile telephony, the latter is now threatened by Internet-enabled smart phones. In fact, the wifi capabilities of these phones circumvents telecoms altogether. A wireless connection at home or at the office allows users to chat with friends, browse the Internet or share pictures free of charge, directly from the phone. In response telecoms are now shifting to providing Internet services to homes directly through data plans on the phone. The biggest threat to telecoms from smart phones is that they may be reduced to nothing more than mere Internet Service Providers.

Insecurity: it’s turning out to be a cash cow