Maywea­ther receiv­ed a host of boos from the crowd for his contro­versia­l knock-out punch.
By Agencies
Published: September 19, 2011
Tweet Email 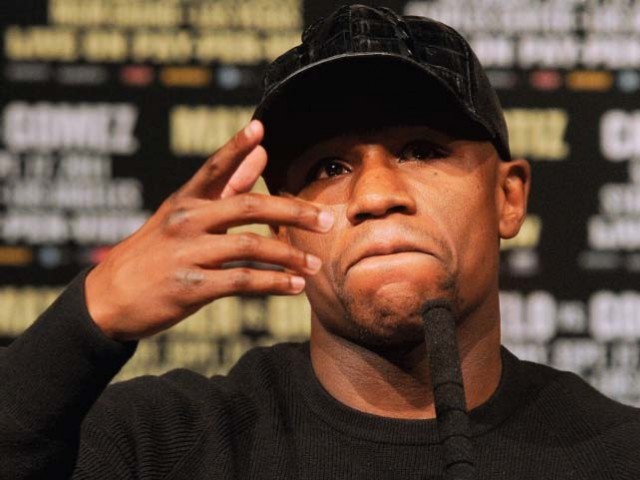 LONDON: Floyd Mayweather Junior has refused to apologise for his outburst at experienced boxing broadcaster Larry Merchant following his fight with Victor Ortiz. Mayweather received a host of boos from the crowd for his controversial knock-out punch, and in turn vented his frustration at Merchant by telling the broadcaster he did not know a thing about boxing and should be fired from his job. Mayweather was later given the chance to apologise for his comments, but stood defiantly in the face of criticism. “I don’t regret what I said,” said Mayweather. “All of these boxing experts – how can you be a boxing expert if you never had a fight before?”