Nothing is sacred anymore

Nothing is sacred anymore

The attack on Data Darbar has left Pakist­anis shocke­d. It is not becaus­e of a high death toll or the magnit­ude of the...
By Naveen Naqvi
Published: July 3, 2010
Tweet Email 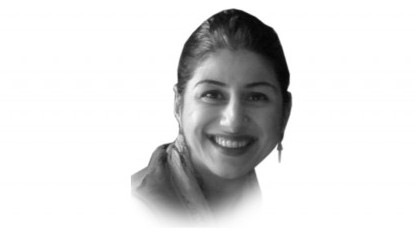 The writer is a former TV morning show host (naveen.naqvi@tribune.com.pk)

The attack on Data Darbar has left Pakistanis shocked. It is not because of a high death toll or the magnitude of the assault – we have seen much worse over the past decade – but due to the location where the attack took place. Data Darbar, the shrine of Sufi saint Hazrat Syed Ali bin Usman Hajveri, is the country’s most popular and renowned. It attracts a massive amount of people every day from all strata of society. One of my first thoughts on hearing of the suicide explosions was that nothing is sacred anymore, and I have seen this thought resound. The Darbar is a landmark in Lahore. More importantly, it is a symbol of a side of Islam that is dear to Pakistanis, especially in these times. It is the liberal peace-loving faith as practised by the Sufis, the mystics and indeed, generations of the subcontinent. This Islam that many believe to be the true aspect of the religion has been and is under threat by the extremists.

Subsequent to the three-pronged suicide blasts, there has been much talk of the laxity of security. The authorities had information that an attack could take place in Lahore, and they failed to protect the area. Please repeat that phrase to yourself and listen to it carefully. How could the authorities possibly have prepared for an attack that could have targeted anyone, anywhere? Would you turn the entire place into a garrison city with checkposts at every corner? And do we not know from experience that no matter how heavily guarded a building might be. And if the terrorists managed to penetrate security at the supposedly impenetrable GHQ, the very bastion of security in this country, then what is a shrine that sees hundreds of people pass its doors on an ordinary day?

The answer to our problem is not to increase security, and to have more goons sitting around harassing us citizens. Nor is it to place cameras on every street corner because that would just create a modern version of Big Brother and we would feel as if we are being always watched.

The answer is for the state to give up the ghost of the good Taliban and bad Taliban. There is no such thing. The organisations that have spread this kind of violence in the country have never had any serious action taken against them. Parties such as the Lashkar-e-Taiba, Jaish-i-Muhammad, Sipah-i-Sahaba, and countless others that we call ‘banned’ or ‘outlawed’ keep changing their names, but continue to flourish. Their benefactors both within Pakistan and without persist in financially and morally empowering them. They keep hoping that the creation of these monsters will bear fruit. The state must realise that the very root of the tree is rotten, and all it can bear is poison for the people of Pakistan.