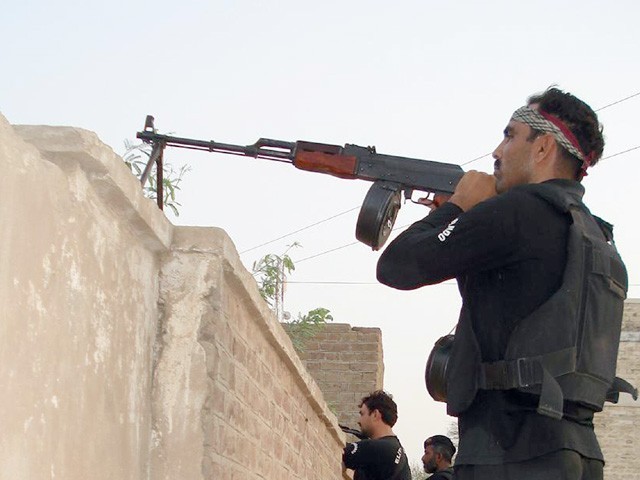 A shootout is underway between police and the armed men. PHOTO : AFP/FILE

PESHAWAR: Unknown miscreants attacked a police station in the Mattani area of Peshawar. A shootout occurred between police and the armed men, Express 24/7 reported on Wednesday.

There were no reports of casualties in the exchange of fire.

According to initial reports, additional police force were called in for assistance in retaliatory action.

The number of miscreants has also not been determined yet.

Earlier, at least 10 policemen were killed when militants, some in suicide vests and clad in burqas, had attacked a police station in Dera Ismail Khan.

Around 4-5 militants had attacked Kulachi Police Station, which is located in an area bordering South Waziristan and Lakki Marwat, and used guns and hand grenades to take policemen inside the building hostage. All of the attackers were reportedly killed after the completion of the operation.