I've matured as an individual: John

I've matured as an individual: John

The 38-year-old says he is not sulkin­g and utilis­ing time to spend to spend qualit­y time with parent­s.
By IANS
Published: September 10, 2011
Tweet Email 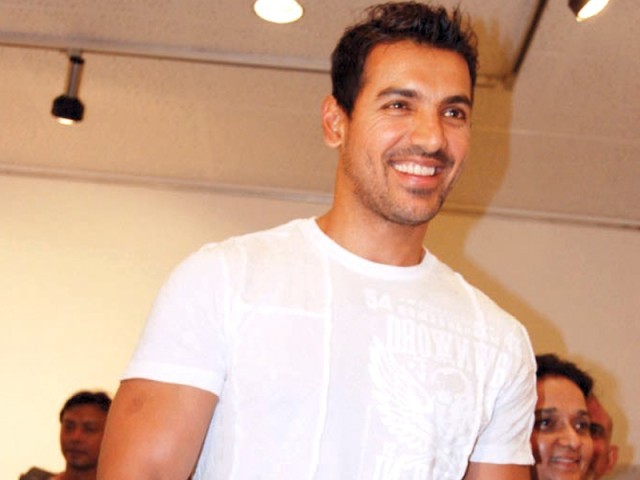 John Abraham is dealing with his breakup and focusing on his career. PHOTO: FILE

They say life is the best teacher and it seems Bollywood heart-throb John Abraham believes in this. The actor is not sulking about his break up with Bipasha Basu and says he has matured over the years as he has learnt to accept the realities of life with a smile.

“I have matured enough in life. It’s not necessarily with a woman, but every relationship in life matures you as an individual. So, I am sitting here before you guys as a much more mature individual,” says Abraham who split with Bipasha Basu earlier this year after an eight-year long relationship.

“I am just happy that I have time by myself. Honestly, once I became an actor in 2003, I did not spend enough time with my parents; when we get into relationships and into our career we forget that we have parents. We don’t give them time,” he states.

The actor is preparing for the release of his next film, Force, which hits the screens September 30. The actor feels that this is the film that will get him recognition in the genre of hardcore action. “I had not attempted any action film after Dhoom; so my fans were a little disappointed with me. Post this film I think people will find me in the action hero slot and find John Abraham as an action hero,” says the actor.

The actor said that he was sceptical before signing for Force, which is a remake of Gautham Menon’s 2003 Tamil film, Kaakha Kaakha. “I had my doubts over this film, but after I watched the film, I really loved it.” Abraham also liked the role he was given as he and the character had common ideals; “The character (Yash) that I am playing is very similar to the original script. He is an anti-drug officer — I also don’t believe in drugs. I think the people who are into drugs are escapists.”

“I would really want our youth to understand that due to peer pressure, people do get misled — forget smoking and drinking, the most dangerous of all is to get into drugs like cocaine, heroin. It just destroys your body completely and this is the message that we are trying to give in the film,” says the actor.

The impact of September 11