Ellis told author­ities that she said, "I'm a campir­e. I'm going to eat you".
By Reuters
Published: September 10, 2011
Tweet Email 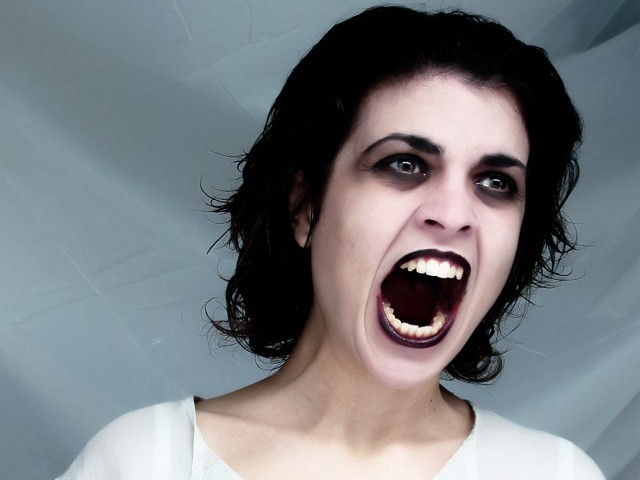 Ellis told authorities that she said, "I'm a campire. I'm going to eat you".

ST. PETERSBURG / FLORIDA: A Florida woman who allegedly claimed to be a vampire has been charged with battery after violently biting a man in a wheelchair on his face and arms, police said on Friday.

Milton Ellis, 69, told police in St. Petersburg, Florida, that he and Josephine Smith, 22, met on the street and went to the porch of a vacant restaurant to get out of the rain. He said he fell asleep in his motorized wheelchair and woke up to find Smith on top of him.

Ellis told authorities that she said, “I’m a vampire. I am going to eat you” and then began to bite him.

According to a police affidavit, Ellis was bitten on his arm and lips, leaving him bloody before he was able to escape and call police. He was later treated with stitches at a local hospital and released.

After arriving at the scene, police said they found Smith bloody and half-naked nearby, but that she had no memory of what happened and did not identify herself as a vampire, St. Petersburg Police spokesman Mike Puetz said.

I’ve matured as an individual: John