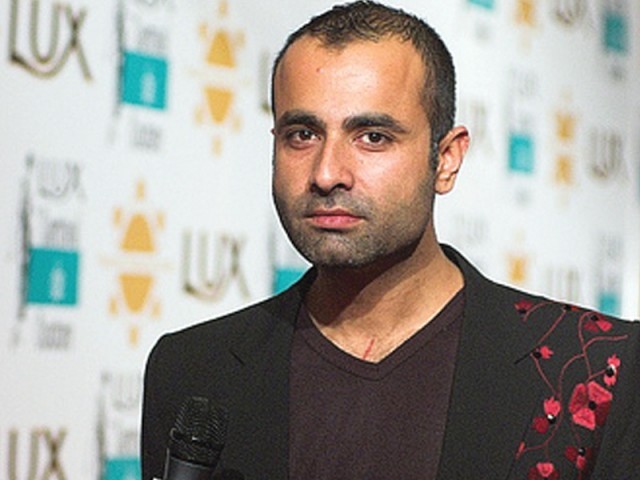 Celebrities are gearing up for the Lux Style Awards . Deepak Perwani-PHOTO-FILE

The Lux Style Awards (LSAs) celebrate their 10th anniversary this year — and while cynics will still raise their eyebrows and scoff, Pakistan didn’t quite have a glamorous award show forum till the LSAs came along.

Fashion categories like those for luxury pret and lawn, exemplify this change of dynamics. There are 10 whopping categories in fashion nominations depicting this esoteric industry’s growth with nominees that are a heady mix of the old guard as well as the young. Ready-to-wear clothing, stylishly christened as ‘pret’, a word became a buzz during the last two years as did the term ‘designer lawn’ pioneered by the design duo par excellence Sana Safinaz, who have personally redefined the meaning of the summer staple and taken it to heights of elegance. Additionally, one saw designers take the task to churn out seasonal collections seriously: Deepak Perwani’s Amrita Shergill, Shamaeel Ansari’s Mughal miniature screen prints, Sadaf Malaterre’s and Shehla Chatoor’s chic cocktail dresses and revivalist Rana Noman’s deeply traditional but regal collection for Bareeze, apart from the brands for working women like Daaman, have come into the limelight this year.

From the modeling standpoint, the LSAs are an exciting competition as they have put strong and worthy contenders headlong: Ayaan Ali and Rabia Butt for the ‘Best Female Model’ category, along with Mehreen Syed, Cybil Choudhary and Noore Bhatti. While Ali is clearly the most prolific, the dusky Butt is a complete package, as graceful on the ramp as on print and has even landed a deal with global cosmetics behemoth MAC to become their brand ambassador in the Middle East. The other three haven’t demonstrated much diversity with their portfolios of work for the simple reason that they work with a chosen clique. Syed and Choudhary are Athar Shehzad loyalists, while Noore is Khawar Riaz’s muse. What this category identifies most urgently is the need to obliterate the camp culture: models need more versatility and that will come only with working with all stylists and photographers, and will empower new talent to step in and create that difference in perspective.  The male models, similarly, are largely in Riaz’s tutelage as well.

The ‘Best Emerging Talent’ category has always been the most exciting, but it is quite an odd combination of discordant talents. This year’s contenders have all made a massive impact on the industry: the jovial and eccentric Ali Xeeshan challenged how we looked at heritage; Akif Mehmood and Mohsin Ali, scions of Pakistan Institute of Fashion Design showed how heritage can be made cosmopolitan; Amna Ilyas forayed from modeling to acting in a Sabiha Sumar production; while Shamal Qureshi tried to add a bit of spunk to hair styling. Given how effectively Xeeshan pushed us out of our creative ennui, the award quite rightfully belongs to him, but these nominations are about more than just winning; they show progress, hope and direction in an industry that was largely under cover but is now trying to make it big and come of age.

As far as the music industry is concerned, the nominations for the ‘Best Music’ category have three of Pakistan’s young and interesting pop acts are competing in this category. With Kaavish’s sweet and soothing Gunkali, Mauj’s catchy and interesting Technicolor and Lahore’s versatile Siege with Police, all three albums are amazing and have created their own cult in no time, but Kaavish’s Gunkali stands above the rest. Momo’s genius Technicolor could give the album a tough run, but Seige will take some time to bag an LSA — they are great musicians but not as focused as other nominees.

The nominations for ‘Best Singer’ are quite competitive as we have Strings and Atif Aslam for “Ab Khud Kuch Karna Parega”, SYMT for “Zamana” along with Zara Madani and Shallum Xavier for “Payaam”, but if one had to choose the award would go to “Payaam”. However, a point to ponder is how can a song sung by three singers can be nominated for the best singer category.

In the ‘Best Music Producer’ category, Rohail Hyatt has been nominated again for “Coke Studio Season 3” but, along with him, Faisal Rafi is also running for the same as he is nominated for Kaavish’s Gunkali. There’s no doubt that Hyatt is a living legend but “Coke Studio Season 3” was rather disappointing as compared to Gunkali, which is a well produced album. Rafi definitely has an edge over Hyatt but is it that easy to beat the maestro?

When one considers the ‘Best Music Video’, Entity Paradigm’s comeback video “Shor Macha”, a directorial masterpiece by Bilal Lashari is expected to sweep the category. The nominees for this category also include Symt’s “Zamana” directed by Kamran Yar Kami and Arieb Azhar’s “Mera Des” directed by Shahbaz Sumar.