Provin­ce is the worst-affect­ed area of the countr­y.
By Shezad Baloch
Published: September 5, 2011
Tweet Email 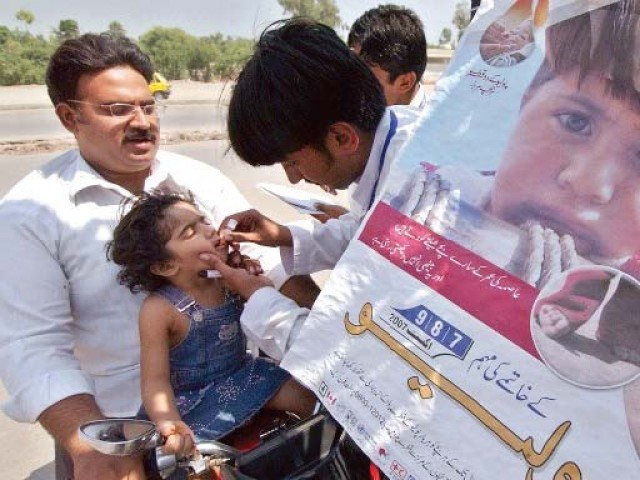 QUETTA: Two more cases of polio virus were detected in Quetta and Chaman, indicating the austere healthcare situation in the province of Balochistan where 31 cases of polio have already been reported in the last eight months.

Officials responsible for the polio control programme and the provincial health department confirmed both the cases.

“It was the second case found in Garang and the 12th case in the entire Qila Abdullah district this year,” officials told The Express Tribune.

At least 77 cases of polio virus have so far been detected across the country this year and Balochistan is considered the worst-affected region.

“The polio virus is spreading fast in the northern areas of the country,” an official of the polio control programme said.

“Adequate measures are desperately needed to control this rapidly-spreading virus.”

Meanwhile, senior officials of the World Health Organisation (WHO) and United Nations Children’s Fund (Unicef) have expressed serious concerns after the detection of fresh cases of the virus in Balochistan and called for immediate steps to control it.

Earlier, as many as 12 children were found afflicted with the polio virus in Qila Abdullah, eight in Pishin, three in Quetta, three in Khuzdar, three in Naushki and one in Kohlu and Bugti tribal agency each.

Health officials fear that the number of cases in the country may rise in the days to come. Many have blamed parents for not administering anti-polio drops to their children.

According to the Balochistan Health Department, a meeting to review the polio control programme across the country will be convened at the Prime Minister Secretariat on September 7.