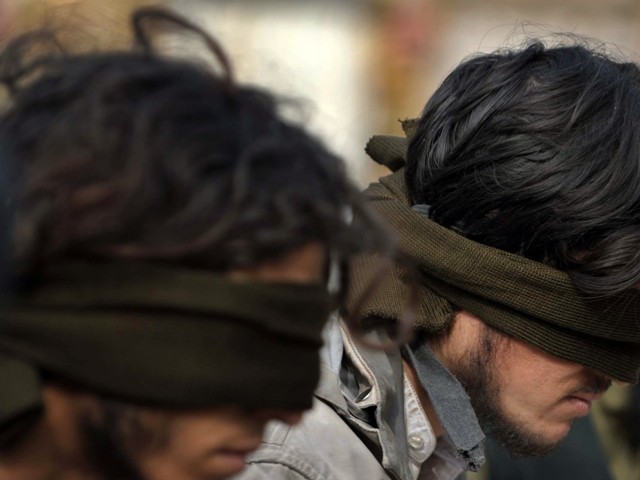 The deputy chief of the Tehreek-i-Taliban Pakistan (TTP) has said that their central shura (consultative body) will decide the fate of scores of Pakistani tribal youths who were seized after they had strayed across the border into Afghanistan last week.

Maulvi Faqir, however, said that he would use his influence to secure the release of the 30 teenagers from the Mamoun tribe of Bajaur Agency.

The Mamoun tribe is opposed to the Taliban and has raised militias to fight them, angering militants who often hit back with bombings and shooting attacks.

The young tribesmen were abducted by the militants on Thursday while they were on an outing in Afghanistan’s Kunar province, which borders Bajaur Agency, on the festival of Eidul Fitr.

Maulvi Faqir, who was the top TTP commander in Bajaur before he fled a military operation in his region, told the BBC in an interview that it would take some time to find a solution to the issue which is acceptable to both the TTP and the parents of the abducted teenagers.

On Saturday, TTP spokesperson Ehsanullah Ehsan claimed responsibility for the kidnapping and said that the parents of the teenagers were tribal elders who had formed militias to fight alongside the government forces against the Taliban.

Maulvi Faqir said the Bajaur tribesmen should not have raised militias at the government’s instigation. “They should have told the government that raising militias would antagonise the Taliban and create problems for the locals,” he added.

He said that the government wanted to give a semblance of peace in Bajaur by taking such a large number of tribal youths on an outing in the region. “The Taliban seized the youths to send across a message that Bajaur is as volatile as ever,” he added.

The Pakistani military, meanwhile, said that tribal elders were holding talks with the Taliban in Afghanistan for the release of the teenagers.

“A tribal jirga from Bajaur is currently holding talks with the terrorists,” military spokesperson Major-General Athar Abbas said. “The future course of action will be decided by tribal elders from both sides of the border.”

The tribal elders are upbeat about the success of negotiations. “We have established contact with the Taliban through their relatives and friends and we hope they will release the abducted people very soon. The kidnappers have not made demand for ransom or any other demand for the release,” Sultan Zeb, a tribal elder, told Reuters by phone from Bajaur.

Government officials had initially said around 60 boys took part in the outing. But about 20 below 10 years were allowed to return to Pakistan, while up to 40 others between 12 to 14 years old were held.

Abbas said in total 40 young tribesmen were abducted. He said 10 of the boys were released while 30 were still in custody.

Pakistani officials said the abducted young men were taken by their captors to their safe havens across the border in Afghanistan. But the Afghan Taliban said they were not brought to Afghanistan.

(With additional input from wires)