Men and women have adorne­d themse­lves with gemsto­nes to flaunt their wealth for years.
By Tehreem Aidrus
Published: September 4, 2011
Tweet Email 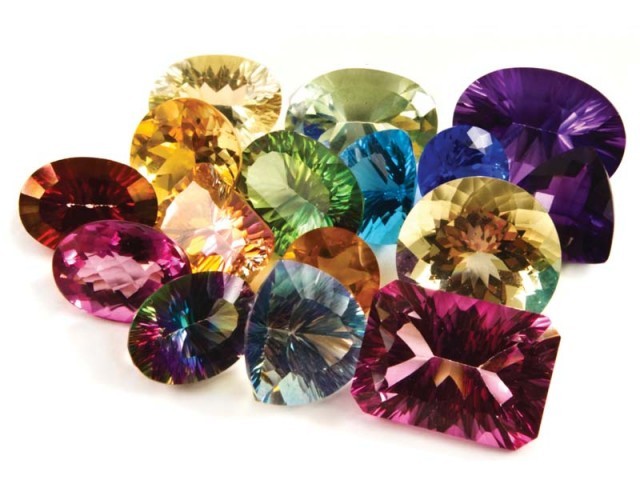 Men and women have adorned themselves with gemstones to flaunt their wealth for years but there is more to them than meets the eye.

For centuries, gemstones have been presented to the wealthy and royalty as gifts. They have been used in coronations, carved into mausoleums, embellished on statues and used for healing.

Ancient civilisations in Asia and South America began to attribute medicinal and magical powers to gemstones, and even today, there is a long-standing tradition of healing with precious stones in the Arab world.

Sumaya Durrani, an artist and the former principal of the Pakistan Gem and Jewellery Institute, attributes the healing properties to the way the crystals are formed. “When the minerals present in gemstones come in contact with the minerals inside us, they tend to enhance certain attributes and abilities.”

Dr Mariam Aftab, a specialist in Reiki (a Japanese technique for stress reduction and healing) agrees, “Gemstones have healing qualities. Healing houses keep machines called rotators which are embedded with green jade, because many hormonal and digestive problems can be treated with green jade.”

Amongst the most well-known precious stones today, emerald has the power to “heal eyesight problems”, says Dr Aliya Aftab. In ancient Rome, Emperor Nero wore sunglasses with emerald lenses to watch gladiators fight, believing that constantly looking through the gem would help his vision.

Turquoise was brought from Turkey and was one of the first gems to be used in jewellery; a gift of turquoise represents friendship and luck. In South Asia, a lot of people wear silver rings embedded with this stone and these rings are available at many dargahs (shrines) across South Asia. Many people visit Pir Haji Ali’s dargah in India to receive blessings and buy the rings as a sign of the saint’s blessing.

Sapphires are believed to heal blood disorders, remove fear and anxiety and allow the wearer to express themselves — for this reason it has become associated with royalty, and it is no coincidence there are many sapphires in the British Crown Jewels.

According to Sienna De Bough, a Mauritian gem therapist, rubies were seen to promote long life; taken to its extreme in some cultures, people would even have rubies inserted into their flesh in the hope of attaining immortality.

The different properties of stones have led them to be associated with other elements in life — such as signs of the zodiac or different months of the year. With crystals used in healing, it is also extremely common to associate them with the seven chakra points in the body, which are then divided into different functions and colours.

Beyond their appearance and value, many believe that gems carry the weight of centuries of belief. Durrani states, “People believe in different things. Some people wear gemstones to portray their wealth or to enhance their beauty and do not look at the metaphysical dimensions. The physical aspects can be measured but the metaphysical aspects are infinite, it is something present which you can not wish away.”