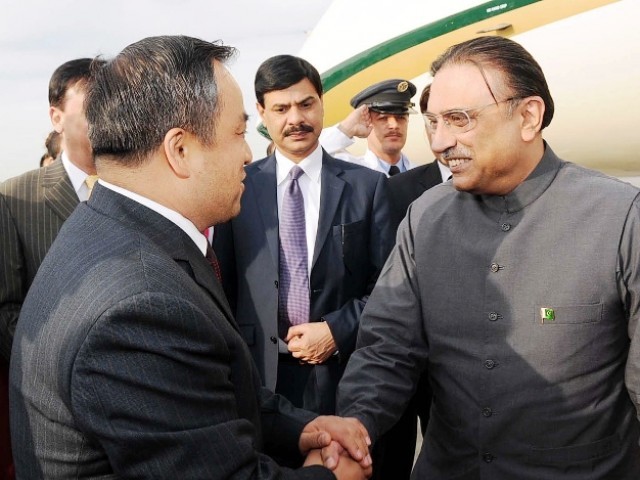 President Zardari received by the Vice Governor of Xinjiang on his arrival in Urumqi. PHOTO: PPI/ FILE

Xinjiang plays a strategic role in strengthening the relationship between China and Pakistan, President Asif Ali Zardari has said in an interview in Urumqi.

“The region is the closest point to my border and it is where the future of Pakistan and China meets, so we are hoping that it acts as the linking point of a communication network between the two countries,” Zardari said during an exclusive interview with China Daily on the sidelines of the first China-Eurasia Expo, taking place in Urumqi, capital of the Xinjiang Uygur autonomous region from September 1-5. “The Silk Road will be fully revived,” President Zardari said.